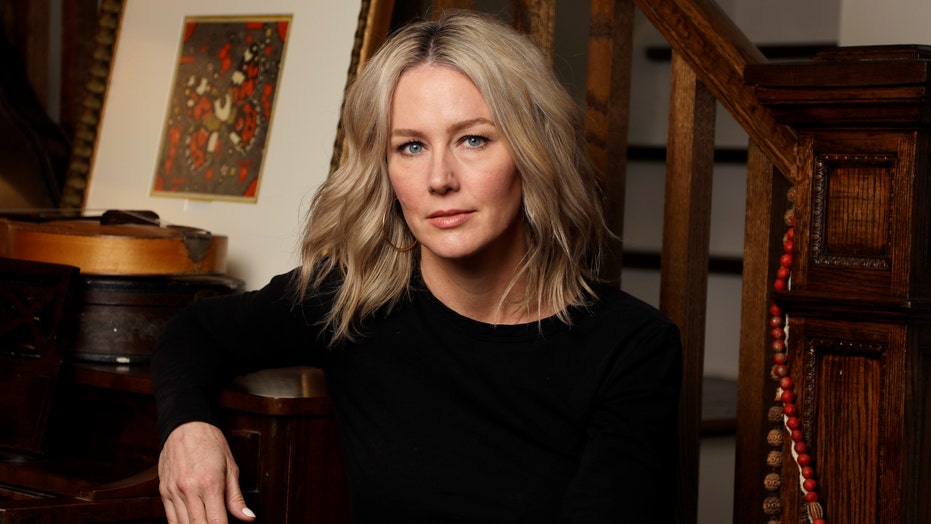 On an early morning in the summer of 1986, her father, Vernon, shot her mother, Laura Lynn, before he took his life.

The patriarch, an alcoholic who suffered from violent fits of rage, was physically abusive to both his wife and children before the shocking murder-suicide. While Laura attempted to leave him for the sake of their children, Moorer always suspected the relationship would end in tragedy.

The singer-songwriter, 47, dug through family pictures, recordings, lyrics, letters and even autopsy notes before writing her new memoir “Blood."

In excerpts obtained by People magazine on Thursday, Moorer admitted it’s still difficult to think about the trauma her mother endured.

In this Oct. 8, 2019, photo, singer-songwriter Allison Moorer poses in Nashville, Tenn. to promote her memoir, "Blood," and her album of the same name. (Photo by AP Photo/Mark Humphrey)

“Everyone loved her,” she wrote. “So he shrank her. He shrank her until she almost disappeared. She decided that she didn’t want to disappear anymore. Then he disappeared her for good.”

Moorer and her sister, fellow musician Shelby Lynne Moorer, were raised in Frankville, Alabama where they discovered their love of music from their parents, who were both musicians. But life at home was far from simple.

Moorer shared that she was around 4 or 5 when she started lulling herself to sleep with a prayer she’d repeat over and over.

After years of violence, Laura moved to a rental house with her daughters in an attempt to protect them. It was around that time when Vernon, who suffered from severe depression, made his last visit that tragic morning.

Moorer admitted she still doesn’t know what transpired between her parents before the murder-suicide. In her book, she described going through possible scenarios that could have led to her mother’s death, even wondering if it could have possibly been an accident.

People shared that Moorer, who is now a mother to a young son named John Henry, is especially haunted by her mother’s last moments. In “Blood,” Moorer described waking up to the sound of gunfire outside the house that summer morning. She walked to the doorway and called for her mother.

“What she cold? Could she see?” wrote Moorer. “Was she in excruciating pain? What was the last thought that she thought? Please, God, don’t let it be that she couldn’t get to me. I tell myself that she would’ve been gone by the time I got to the door, but I can’t be sure.”

As Moorer’s career blossomed, every journalist wanted to know about the grim demise of her parents. However, she managed to avoid those questions throughout her career. But then in 2010, Moorer was interviewed by Maya Angelou and the subject came up. At the time, Moorer had given birth to her son and gave a standard response that stuck to the facts, glossing over the details.

The poet replied, “Yeah, but what are you gonna tell John Henry when he’s old enough to ask?”

“It’s surprising how much we keep buried,” Moorer told the Associated Press. “There were points during the writing of the book where I would literally hold onto my desk because I would be overwhelmed.”

Moorer told the outlet she’ll never fully understand why her parents died. However, she feels she did her best at sharing her truth.

“I still have so many questions about what happened and who my parents were,” said Moorer. “I lived with them for a very short time. So I can’t close it. But I can make peace with the fact that I can’t close it.”

As for today, Moorer wrote she wants to finally change her “legacy.”

“I can’t repair the broken days that set me up to be afraid of life, so afraid that I felt like I had to attack it back at every turn so that it wouldn’t just happen to me anymore so that I might have some say,” she wrote. “But maybe I can start to see it as something kinder than I was shown. That’s my task now, to unlearn, to let down walls, to reject the fear so that I don’t pass it on.”