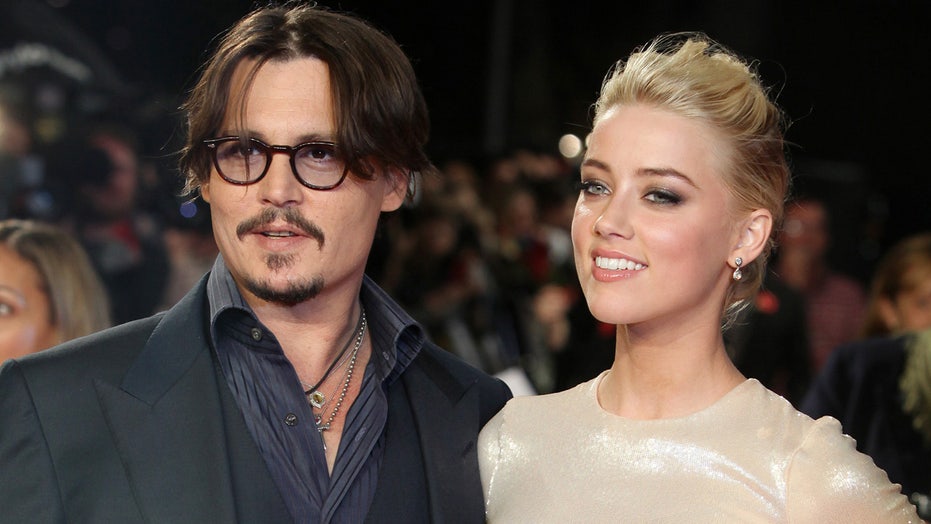 New claims and counterclaims by friends and acquaintances of Johnny Depp and Amber Heard continue to fuel the he said/she said firestorm surrounding the celebrity couple’s acrimonious split.

Heard is alleging Depp physically abused her repeatedly during their relationship. Alleged texts between Heard and Depp’s assistant Stephen Deuters from 2014, obtained Wednesday by Entertainment Tonight, may show a history of violence from the actor. The texts appear to be a conversation between the two in which Depp’s assistant acknowledges that Depp kicked Heard.

"Think he's just texted you. He's incredibly apologetic and knows that he has done wrong," an alleged text message from Deuters to Heard reads. Deuters allegedly also wrote, "Obviously he has no idea what he did or the extent that he did it. If someone was truly honest with him about how bad it really was, he'd be appalled."

Another alleged text reads, "When I told him he kicked you, he cried. It was disgusting. And he knows it… He is so very sorry, as he should be."

Heard allegedly replied, "He's done this many times before. Tokyo, the island, London (remember that?!), and I always stay. Always believe he's going to get better...And then every 3 or so month [sic], I'm in the exact same position."

Heard appeared bruised when she stepped out on May 27 to file a temporary restraining order against Depp, claiming he threw his iPhone at her on May 21.

But LA criminal defense lawyer Sara Azari, who has handled domestic violence cases and lives in the same building as the actors, told FOX411 she saw Heard in their lobby on May 23, the day she filed for divorce, as did building personnel, and noticed nothing unusual about her appearance.

“I didn't see her face to face, and can’t say for sure what was or wasn’t on her face; however, she has had lengthy face-to-face contact with building personnel, who have confirmed that on at least two separate occasions following the alleged incident and before Friday’s [temporary restraining order] hearing. She had no make-up and no bruises on her face,” Azari told FOX411.

Azari said, in her professional opinion, more details need to emerge about the text messages that are raising eyebrows.

“As a criminal defense lawyer, I obviously view this type of evidence with a much higher level of skepticism. The messages can’t be taken out of context... We need to see the entirety of the text thread. We need to bear in mind that even if there is truth to what Heard describes in the messages, past conduct alone is not conclusive evidence that the most recent alleged incident is true. Two years have passed, the two got married, people change.”

Law enforcement responded to a call at Depp and Heard’s Downtown Los Angeles loft on May 21. According to a document obtained by TMZ, Heard refused to give a statement to the police.

Criminal defense attorney Debra Opri says evidence from both parties needs to be examined before making any assumptions.

“Many times [domestic violence allegations] are legitimate and … many times they are not legitimate,” Opri said.

Opri added both parties’ pasts, as well as the history of their relationship, will likely be reviewed in court.

Reps for Heard and Depp did not return FOX411’s requests for comment.