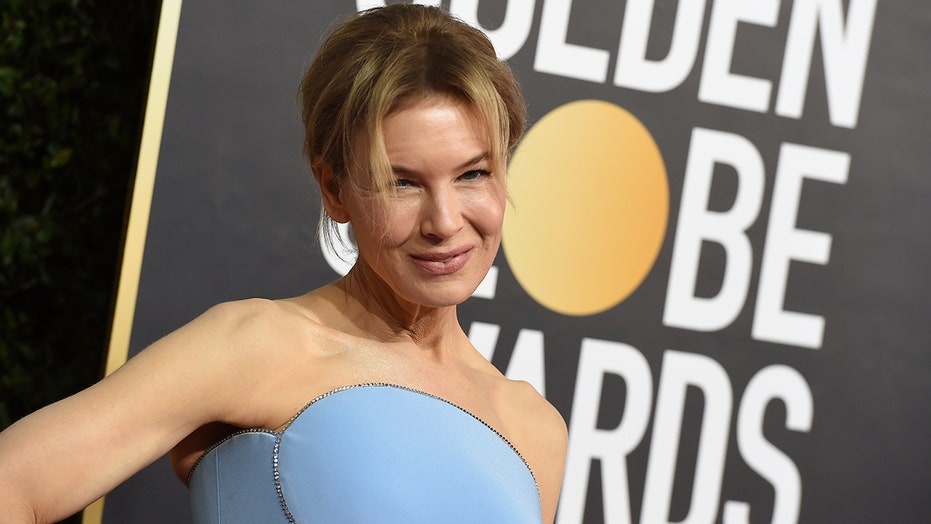 LOS ANGELES – The 2020 Golden Globe Awards was certainly one for the books.

While viewers watched comedian Ricky Gervais rip into shortcomings of Hollywood’s elite during his opening monologue and throughout the night, Fox News was behind the scenes at the Golden Globes’ official viewing party and after-party put on by the Hollywood Foreign Press Association at the esteemed Beverly Hilton Hotel in Los Angeles, Calif.

Although the dinner menu being served to the stars at the Golden Globes was plant-based, at the HFPA official viewing party, the vegan-only options were thrown out the window and celebrities and those in attendance enjoyed barbeque pork sliders, beef sliders choice of a sushi bar, fried shrimp and fresh oysters. Partygoers were also treated to pizza and a number of ravioli options.

After receiving their coveted Golden Globe awards, celebrities stopped by the HFPA party to have their awards officially engraved and to schmooze with each other while waiting. Here’s what viewers didn’t see on TV last night.

Not willing to wait

Quentin Tarantino, winner of the award for best director, motion picture, for "Once Upon a Time...in Hollywood," poses in the press room at the 77th annual Golden Globe Awards at the Beverly Hilton Hotel on Sunday, Jan. 5, 2020, in Beverly Hills, Calif. (AP)

Quentin Tarantino, appeared to be playing by his own set of rules, reached the thick traffic of celebrities and their handlers and was ushered to the back of the engraving line after he attempted to go to the front and was rebuffed. However, a source tells Fox News that Tarantino didn't know there was a line.

The 56-year-old filmmaker then walked by a few fans who congratulated him on his win before leaving the after-party with an un-engraved Golden Globe in tow.

KERRY WASHINGTON'S OUTFIT AT THE GOLDEN GLOBE AWARDS LEAVES FANS SPEECHLESS: 'THERE ARE NO WORDS'

An insider told Fox News the “Once Upon a Time in Hollywood” director simply didn’t want to hold the large black box that the Globe is placed in once the engraving is completed.

Taking it all in

Showing up around 11:41 p.m., Renee Zellweger might have been the most excited of all the celebrities who made appearances at the official Golden Globes after-party, raising both hands in the air as she walked in to have her Golden Globe engraved.

Zellweger was all smiles all evening and maintained her positive demeanor throughout the entire night. The “What/If” actress shared a true Hollywood moment with “Parasite” director Bong Joon-ho as the pair introduced themselves, with Joon-ho telling Zellweger that he is “such a huge fan” of her work. An elated Zellweger returned the gesture, adding, “This is all so crazy to me!”

While Zellweger drank water all night, the “Judy” star spoke about some of the challenges of walking in her pastel blue gown, saying she felt uneasy about stepping on the bottom, adding that she didn’t want to be rude about telling people they were, in fact, stepping on her dress.

This image released by NBC shows Joaquin Phoenix accepting the award for best actor in a motion picture drama for his role in "Joker" at the 77th Annual Golden Globe Awards at the Beverly Hilton Hotel in Beverly Hills, Calif., on Sunday, Jan. 5, 2020. (AP)

After securing his win for actor in a drama motion picture with his performance in “Joker,” Joaquin Phoenix charmed everyone he interacted with while going through the process for his trophy, even bantering with Patricia Arquette, who could barely contain herself as she marveled at the process of seeing her Golden Globe award engraved. The actress almost didn’t want to give up her award as she gave three fist pumps with her trophy in hand.

Following her powerful acceptance speech for taking home the Golden Globe for best actress in a limited series or TV movie for her role in “Fosse/Verdon,” Michelle Williams made her way backstage to the official party at about 10:45 p.m., before the rush. The actress waited about stoically and chatted up a few eager fans before taking photos with her newly minted trophy. Then, she left. 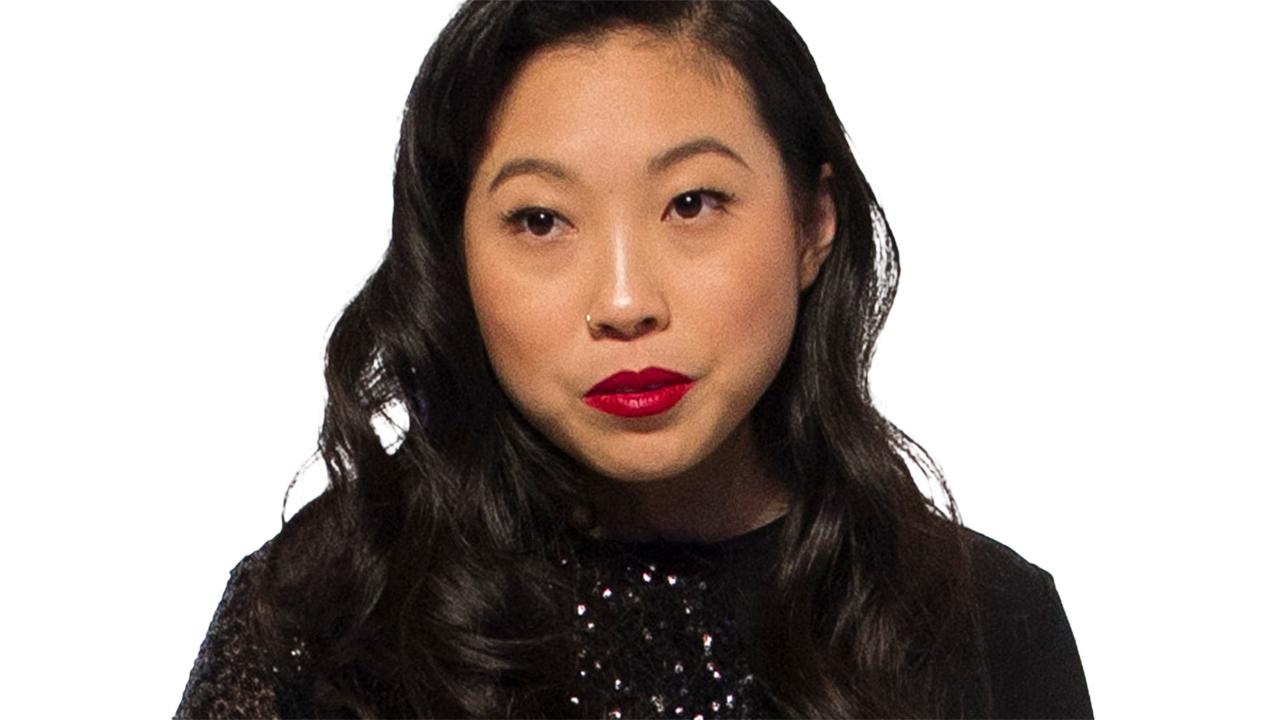 Awkwafina made history on Sunday as the first woman of Asian descent to win a Golden Globe for lead actress in a comedy. The “Farewell” performer arrived at the HFPA after-party to a round of applause and immediately put her wittiness on full display as she joked to waiting fans, “I didn’t even notice you guys there!”

While awaiting her trophy, the 31-year-old said, “I wish I had my phone!” as she wished to capture the engraving process for her first-ever Golden Globe for her personal archives. Awkwafina made it a point to stop and thank fans on her way out.

Olivia Colman poses in the press room with the award for best performance by an actress in a television series, drama for "The Crown" at the 77th annual Golden Globe Awards at the Beverly Hilton Hotel on Sunday, Jan. 5, 2020, in Beverly Hills, Calif. (AP)

After locking down a win for actress in a drama TV series for her role in “The Crown,” Olivia Colman walked into the swanky shindig to huge fanfare around 11:25 p.m. and mingled with fans and big winners as she waited for her Globe to be engraved. Colman looked regal and stunning in her red gown with puffy shoulders and smiled from ear to ear as she was handed a glass of what appeared to be white wine.

Upon exiting, Colman shared a congratulatory exchange with another fan before accidentally bumping into a just-arriving Quentin Tarantino, who was moving briskly through the crowd. For her part, Colman shot an “oops” to the fan and covered her mouth before smiling and leaving.