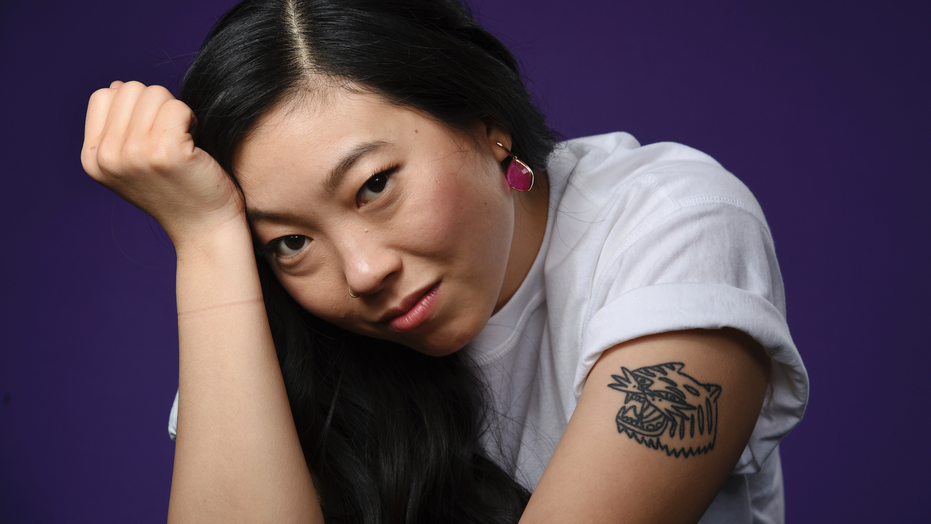 Awkwafina is becoming a symbol of Asian representation in Hollywood.

The breakout rapper-turned-actress -- who appeared in the 2018 reboot "Ocean's Eight," as well as the groundbreaking movie, "Crazy Rich Asians" -- is now starring in another Asian-centric film, "The Farewell."

In the movie, the star portrays Billi, a Chinese-American writer who, along with the rest of her relatives, tries to shield her grandmother from the news of her terminal illness, while also attempting to bring her whole family together before she passes.

In an exclusive interview with Fox News, the 31-year-old actress spoke about the emotional effects of representation in Hollywood, and why "Crazy Rich Asians" resonated with many Asian-American moviegoers.

"When people saw 'Crazy Rich Asians,' they were coming out of the theater crying tears of joy. And those were tears of representation in a kind of a general way, like, 'I've never seen this in 25 years. This is me on screen, I'm crying.'"

She went on to discuss how in "The Farewell," the same representation still remains, but the impact hits in a much different way compared to her previous comedy.

This image released by A24 shows Awkwafina, center, in a scene from "The Farewell." (A24 via AP)

"When people come out of 'The Farewell,' they're also mostly in tears. But the representation there is because they literally just did that to their grandma or grandpa," the actress said, referring to her character, Billi, coming to terms with her grandmother's illness.

The movie's director, Lulu Wang, also spoke to Fox News about the nature of her film, and briefly shed light on the major themes many of the characters face on-screen, with grief being a major focus.

"So much of what the film is about what the characters are going through, it's all a way for them to manage their grief," she said. "The thing that none of us can control is that we have to say goodbye and I think that's the thing that people probably resonate the deepest with."

"The Farewell" is currently showing in select theaters.