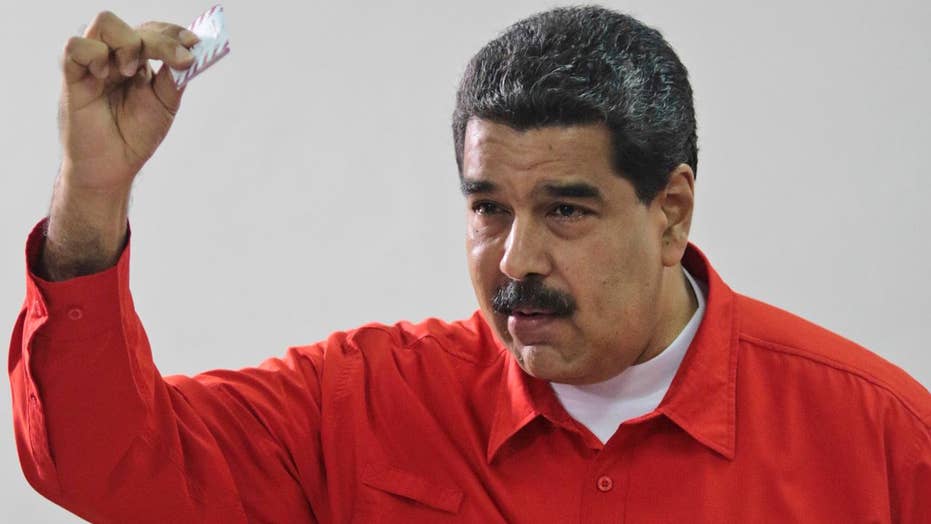 Steve Harrigan has more on the crisis

In an unlikely move, Venezuela’s president said Thursday that he wants to meet with President Donald Trump in an attempt to strengthen his country’s relationship with the U.S.

Addressing 545 members of Venezuela's new constitutional assembly, President Nicolas Maduro spoke about arranging a meeting or phone call between himself and Trump.

The comments came just as the two countries have engaged in a war of words over the recent power struggle in Venezuela. The government has moved to consolidate power to the new assembly controlled by Maduro, taking extreme measure to quell any opposition.

The Trump administration has issued sanctions against Maduro, whom it calls a “dictator,” and more than two-dozen former and current Venezuelan officials, asserting that human rights violations that undermine democracy have occurred during the country's recent political turmoil.

The Trump administration has sanctioned more than 30 Maduro loyalists since April.

Meanwhile, in what would be a huge blow to the OPEC member’s oil industry, the White House has considered blocking oil shipments from Venezuela as part of the sanctions, Reuters reported.

The U.S. imports around 740,000 barrels per day from the socialist government.

Venezuela is also facing a crippling economy. On Thursday, Credit Suisse Bank banned the trading and use of their bonds over the recent “political climate” in the country.

Any businesses looking to do business with Venezuela will have to go through additional screening, which may hurt the economy further.