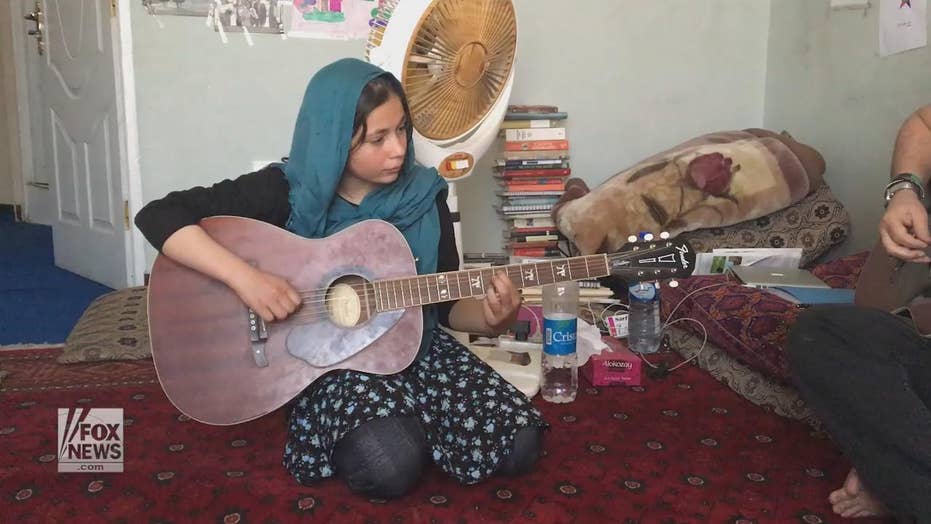 KABUL, Afghanistan – On the morning of Sept. 8, 2012, 7-year-old Mursal and her two older sisters, Parwana and Khorshid, went to their usual spot outside what was then NATO headquarters in the heart of Kabul. With a few small goods in hand, the young girls begged the foreigners coming in and out to purchase their trinkets so they could afford a little food.

With a few pens for sale in hand, Mursal made her way down the street, her sisters not far away. Moments later, a 14-year-old boy peddled past on a bicycle toward the nearby NATO gate and detonated a suicide vest. In an instant her sisters, as well as at least four other impoverished children selling wares, were dead.

Two years later, LA-based musician Lanny Cordola -- best known for his role playing in John Stamos' band on the hit sitcom "Full House" -- would come across an article about that horrific Taliban-claimed attack. Spurred by the tragedy, Cordola abandoned his Hollywood life a few months later and moved to Kabul in a quest to spread the healing powers of music. He says he hasn't looked back since.

"Music has to be productive," Cordola, who is 56, told Fox News. "It has to be about more than just entertainment."

He tracked down the young bomb survivor, Mursal, and offered her the chance to escape a difficult home life for at least a little while each week to learn the guitar.

That was just the beginning. Cordola soon founded "The Miraculous Love Kids" foundation and developed the “Girl with Guitar" music program for street girls, which has grown into a neighborhood fixture. Today, he has about 100 female students, and a handful but growing number of males. He pays the students a small stipend each week to come to class in the hopes of keeping them from peddling the streets. Cordola also teaches guitar to girls at a local orphanage.

"I hope that it's given them some confidence they wouldn't have otherwise discovered," he said. "And we now have the more advanced students like Mursal teaching the boys."

When the girls enter Cordola's small apartment in a nondescript part of Kabul, to them it is like entering another world. Faces glow with excitement.

"The first time I saw the guitar," Mursal recalled, "I didn't know what it was. I said, 'Mr. Lanny, what is this?' But now I even have one at home."

And while just a few years ago Cordola's own work was collaborating with rock groups like Guns n' Roses, Slash and Mark McGrath from Sugar Ray, these days he brings in the likes of pop star Aryana Sayeed, winner of the "American Idol"-like show "Afghan Star" to raise awareness and funds for Kabul's most vulnerable.

It is through music that Mursal not only has found her passion, but it's how she learned to speak English and learns about the world.

"Through U2 I know Ireland, Ben Lee Australia, the Beach Boys the U.S.," she said. "And my favorite, Sting, the U.K."

With Cordola's guidance, Mursal also put the words of slain Baton Rouge, La., police officer Montrell Jackson, into song. Just days before he was killed in the line of duty along with two other officers in an ambush-style attack, Jackson penned a poignant Facebook post -- centered on the struggle of being both black and a police officer -- amid fraught race relations. He issued a plea for his community, reeling from the death of a police-involved shooting of Alton Sterling, a black man, to come together.

"If you see me and need a hug or want to say a prayer," Mursal sings nervously as she strums a guitar, "I got you."

For the gentle Afghan girl, they are words from a faraway country that hit close home. Her own mother is a police officer in Afghanistan, and together they have weathered insurmountable grief.

"It's about overcoming the bad stuff with the good," Mursal added, with a smile. "I like that."