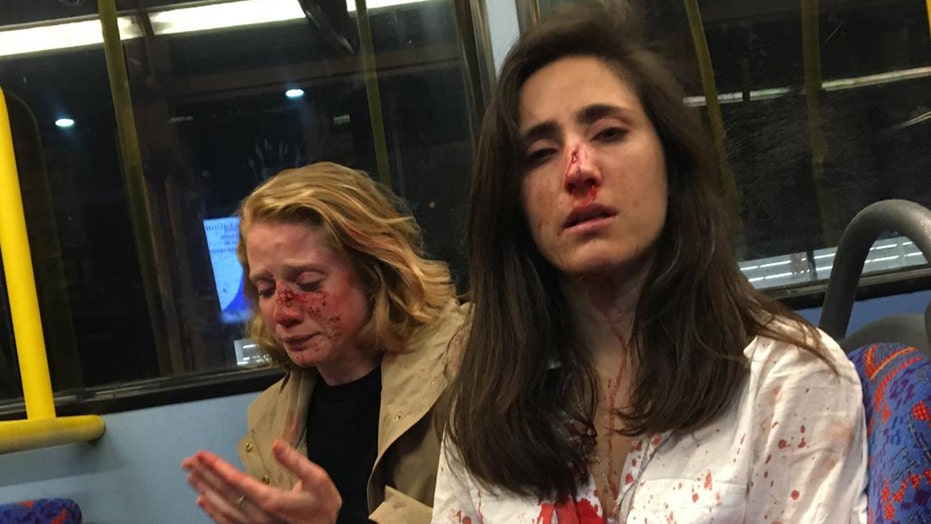 Three teenage boys on Thursday pleaded guilty to threatening a lesbian couple who refused their demands to kiss on a London bus earlier this year, a "homophobic incident" that left the two women with bloody facial injuries, authorities said.

Melania Geymonat, a 28-year-old flight attendant from Uruguay, and her American girlfriend, Chris Hannigan, were attacked on the upper deck of a bus traveling through West Hampstead, London, in the early hours of May 30.

The three boys, aged between 15 and 16, appeared in Highbury Corner Youth Court on charges of harassment by using threatening or abusive words or behavior, the Metropolitan Police said in a news release. Two of the boys pleaded guilty to offenses of an aggravated hate crime.

The teens had thrown coins and made lewd and homophobic gestures at the women, police said. Security footage from the bus showed the boys fighting Geymonat and Hannigan, punching the women several times. After leaving them with bloodied injuries to their faces, the teens robbed the women.

Speaking shortly after the attack, Geymonat said the teens had surrounded them and attacked her girlfriend after they refused to kiss.

Geymonat said they were punched and robbed after refusing to kiss. They were treated at a hospital for facial injuries following the attack. (Melania Geymonat)

“The next thing I remember was Chris in the middle of them and they were beating her,” Geymonat said. “I didn’t think about it and went in. I was pulling her back and trying to defend her so they started beating me up.”

The women were taken to a hospital and received treatment for facial injuries after the confrontation.

“No one should ever be victimized because of their sexuality and I hope that this result brings some form of closure to both victims and they can put this ordeal behind them," Detective Constable Darren Barlow said.

A fourth teen, aged 17, had the charges dropped against him Thursday, police said.

The three boys who pleaded guilty will be sentenced on Dec. 23.