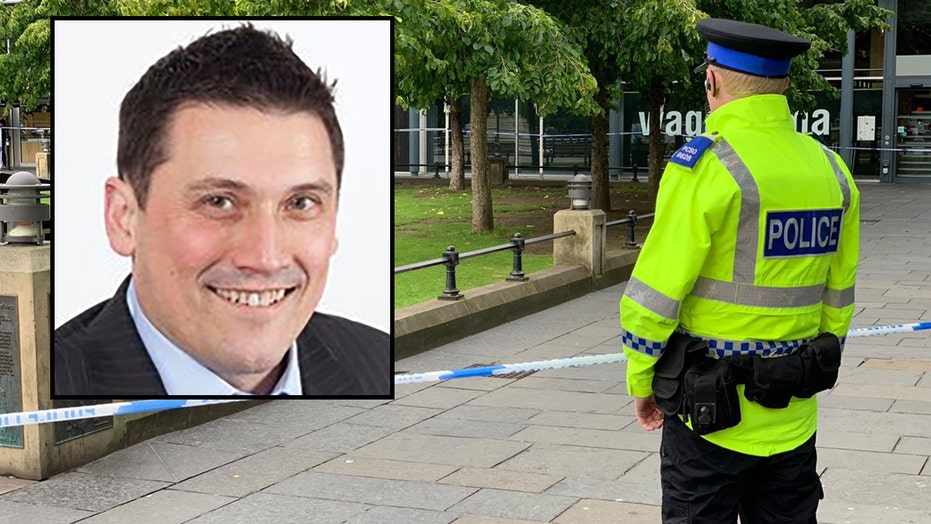 A 17-year-old in England has been charged with the murder of a “devoted father,” who was stabbed to death at a shopping center last week with what police believe was a screwdriver, authorities said Saturday.

The teen, who couldn't be named for legal reasons, allegedly assaulted 52-year-old Peter Duncan outside a bakery shop at Old Eldon Square in Newcastle, North Umbria Police said in a statement.

Duncan received a single puncture wound to his chest inside the doors of the shopping center, police previously said. He was rushed to a hospital, where he later died.

Duncan, inset, was fatally stabbed inside the doors of a shopping center at Old Eldon Square in Newcastle on Wednesday, police said. (Northumbria Police)

"He was a devoted father, husband, son, brother, uncle and friend and loved by all who knew him,” Duncan’s family said in a statement. “His death will leave such a huge hole in our lives and he’ll be deeply missed by us all.”

The unnamed teen was additionally charged with possession of an offensive weapon and theft, police said. He is set to appear in court Monday.

Northumbria Police Area Commander, Chief Superintendent Ged Noble, called this an “extremely difficult time” for the family and thanked the public for their patience during the investigation.

“We know that these types of incidents can have a big impact on the local community,” he said. “I want to reassure the public and businesses that we are doing all we can to prevent incidents of this tragic nature and ensure people feel safe.”

England and Wales have seen 43,516 attacks with knives or sharp instruments over a 12-month period ending in March 2019, the BBC reported. In 2018, there were 285 reported deaths from knife offenses.