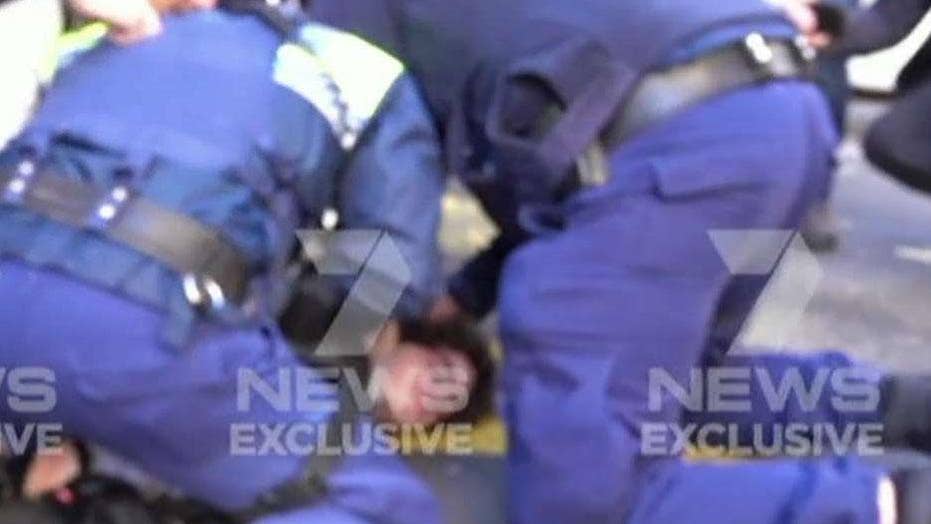 A woman who was killed moments before a knife-wielding man went on a rampage in downtown Sydney on Tuesday while yelling "Allahu akbar" has been identified as a 24-year-old sex worker who reportedly had seen the suspect at least once.

Michaela Dunn, 24, was discovered dead inside an apartment after a 21-year-old man was confronted by a group of civilians, who pinned him to the ground with a milk crate until authorities were able to arrest him.

New South Wales Police said the slain woman had sustained a "laceration to her neck" and was pronounced dead at the scene about 3 p.m. on Tuesday. Police said that an initial investigation found the man had "attended the unit for an appointment" around 1:30 p.m. before he was seen on CCTV leaving the building by 1:50 p.m.

By 2 p.m., authorities were responding to reports of a man with a 12-inch knife attempting to stab multiple people near a busy intersection in Australia's largest city.

A sex worker industry advocate told the Australian Broadcasting Corporation that she understood the suspect had seen sex workers, including Dunn, on multiple occasions in the past. Police told the ABC they believe the suspect had visited Dunn previously for sexual services.

Michaela Dunn, whose body was found in a Sydney apartment on Tuesday after the stabbing rampage. (Getty Images/NSW Police Media)

"It's not something that was at all expected or planned, from what I understand," Scarlet Alliance Australian Sex Workers Association chief executive Jules Kim told the ABC.

A joint statement by the Scarlet Alliance  said that Dunn was a "whole individual who will be missed and mourned."

"There is significant stigma and discrimination experienced by sex workers and too often our identities, lives and experiences are reduced to our occupation," the group said on Facebook. "Sex industry workers are worthy of the same rights and protections as those working in other professions. They are equally deserving of empathy and consideration when befallen by tragedy."

Another friend, Joan Westenberg, wrote on Twitter she was "incredible."

During the rampage, witnesses said the man was attempting to attack people while yelling "Allahu akbar" –"God is the greatest" in Arabic – before he was restrained by bystanders. Video taken by witnesses also showed him shouting the phrase.

New South Wales Police Commissioner Michael Fuller said authorities have not labeled the stabbing rampage as an act of terrorism, but the 21-year-old suspect with a history of mental illness had collected information online about mass killings in North America and New Zealand.

A women is taken by ambulance from Hotel CBD at the corner of King and York Street in Sydney, Australia Tuesday, Aug. 13, 2019. (Dean Lewins/AAP Image via AP)

"He is, by definition, at the moment, a lone actor. Information was found on him that would suggest he has some ideologies in relation to terrorism, but he has no links to terrorism," Fuller told reporters. "There was certainly information found on him about other crimes of mass casualties and mass deaths around the world."

Video showed the man running through an intersection, jumping on a car while waving a knife before a group of men pinned the suspect to the pavement on his back with a plastic milk crate over his head and two chairs over his body.

Man restrained by public after stabbing one woman in Sydney

Raw video: Police say a man has been restrained by the public after stabbing a woman in Sydney’s central business district.