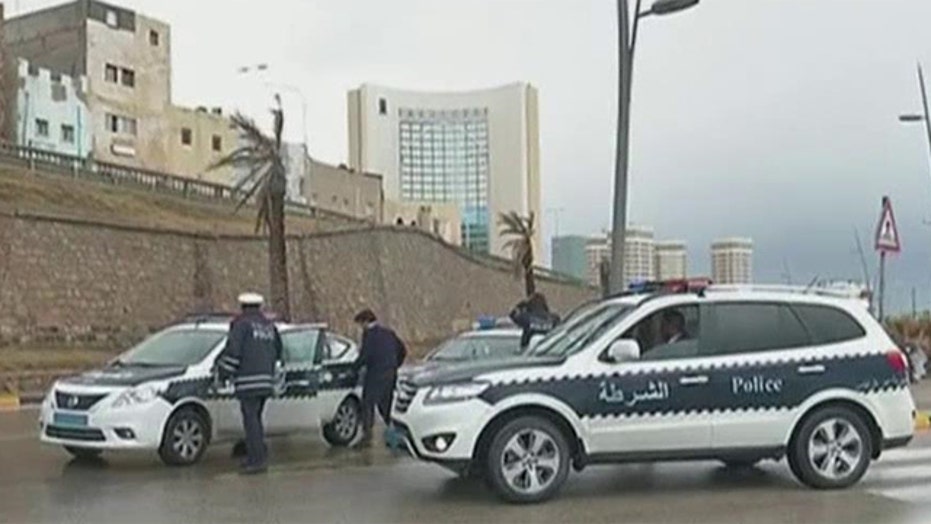 Tripoli: At least eight dead in terror attack on hotel

ISIS and Al Qaeda are increasingly mounting and calling for attacks on soft targets as a means of deterring Western assaults on their strongholds -- a strategy that is extending the reach of terrorism to hotels, cafés, supermarkets and malls where Europeans and Americans once felt safe.

ISIS, or Islamic State, and its sympathizers around the globe have claimed responsibility for several recent strikes on Western citizens, and the terrorist army's reach has extended deeper into the everyday lives of Westerners in their homelands or abroad. Last week's attack at a Tripoli hotel left one American and one French victim dead, and was the latest in a spate of planned and lone wolf attacks, including the Charlie Hebdo massacre, a siege at a Paris supermarket and another deadly hostage-taking at a cafe in Sydney.

“ISIS knows how to write the headlines and they know what the media is going to cover.”

“Their early actions were all about building a state, but when the international coalition forces began attacking them, they started to become very active in their videos and their propaganda on social media, telling their followers to act,” said Steve Stalinsky, executive director of U.S.-based Middle East Research Institute, which monitors and analyzes jihadist and other communications.

Analysts describe a strategic evolution of the terror group’s aims for its “caliphate” – or Islamic state – which it carved from the chaos of the civil war in Syria and the ethnic and religious divisions of Iraq. Hitting soft targets is now a central part of the group’s standard operating procedure as it hits back against the international air campaign targeting Islamic State in its Mesopotamian stronghold, and seeks to demonstrate its vitality to potential recruits, the analysts say.

“The main goal of striking so-called soft targets is to intimidate and deter by projecting that economic interests, companies and eventually the public will pressure the (Obama) administration into forgoing its air campaigns in Iraq and Syria,” terrorism scholar Walid Phares, author of "The Confrontation: Winning the War against Future Jihad," told FoxNews.com

“While another goal is to produce video propaganda for recruitment, there is also the side dividend of demanding protection money from companies, telling them, ‘If you don’t want this to happen to you, here’s what it will cost.’”

A hostage runs to armed tactical response police officers after escaping from a cafe under siege in Sydney, Australia. (AP Photo/Rob Griffith, File) (The Associated Press)

Islamic State almost instantaneously posted video of an attack Friday in which gunmen fired on two U.S. citizens – wounding one – as they traveled on a road in the oil-rich Eastern Province of Saudi Arabia.

The day before, Islamic State's Egypt wing struck a hotel owned by the Egyptian Army and Egypt’s flagship government newspaper, al-Ahram, among targets that mainly comprised military and police installations in northeast Sinai. At least 32 were killed, mainly soldiers.

Islamic State also has said its Libya branch was behind the Jan. 27 gun and bomb attack on the five-star Corinthia Hotel in the Libyan capital Tripoli, killing 10 people, including U.S. Marine Corps veteran David Berry.

Other recent soft-target attacks to which Islamic State has been linked in some way include the killing of one of the two Canadian soldiers murdered in non-combat situations, and the deadly, 17-hour café siege in December in Australia’s largest city, Sydney.

Saudi Arabia, Canada and Australia are all part of the international military alliance targeting positions in Islamic State-controlled territory, while Libya is in a state of political chaos and has been, as a result, one of several territories upon which Islamic State has reportedly set its sights for expansion. In Sinai, the Egyptian government has struggled to contain an 18-month insurgency by the Islamic State-linked militants, who have called themselves Province of Sinai since their oath of allegiance to the group in November.

The battle for recruits, meanwhile, is as much focused on co-opting them from Islamic State’s terroristic, and much longer-established rival, Al Qaeda, than on attracting newly radicalized Islamists.

“It is a race for the world leadership of the Jihadist movement,” said Phares.

The Obama administration’s refusal to be both specific and explicit about the driving forces behind current waves of international terrorism may prevent it from being able to curb what Phares considers to be an inevitable expansion of soft-target attacks.

“For now they use descriptive terms, such as ‘extremism,’” he said. “But the administration needs to identify the threat by defining it ideologically and politically so that we can [identify] partners in the Arab and Muslim world.”

The uptick in Islamic State’s focus on soft targets comes as the terror group this month suffered a territorial setback: the abandoning of its siege of Kobani in northern Syria in the face of Kurdish opposition and U.S.-led airstrikes.

MARNE-LA-VALLEE, FRANCE - JANUARY 14: A worker prepares the new edition of Charlie Hebdo for delivery in a press distribution center in the suburbs on January 14, 2014 in Marne-la-Vallee, France. Three million copies of the controversial magazine have been printed in the wake of last week's terrorist attacks. A second delivery of the magazine is scheduled for tomorrow. (Photo by Aurelien Meunier/Getty Images) (Getty Images)

Yet the coming together of the two events may be more than just coincidence, according to Ryan Mauro, national security analyst with the Washington-based think tank Clarion Project, which focuses on the threat of Islamic extremism.

“ISIS knows how to write the headlines and they know what the media is going to cover,” said Mauro.

“Soft-target attacks in places like Libya, Sinai or Afghanistan are very important in order for them to say that they have momentum and that the loss of a place like Kobani doesn’t make much of a difference.”

With the incidence of soft-target attacks expected to rise, Mauro cautions that Americans and other Western travelers should pay serious heed to State Department travel warnings.

“Don’t brush them off as something they do to cover themselves over one isolated incident,” he warned. “These warnings are based on a very clear escalating pattern.”