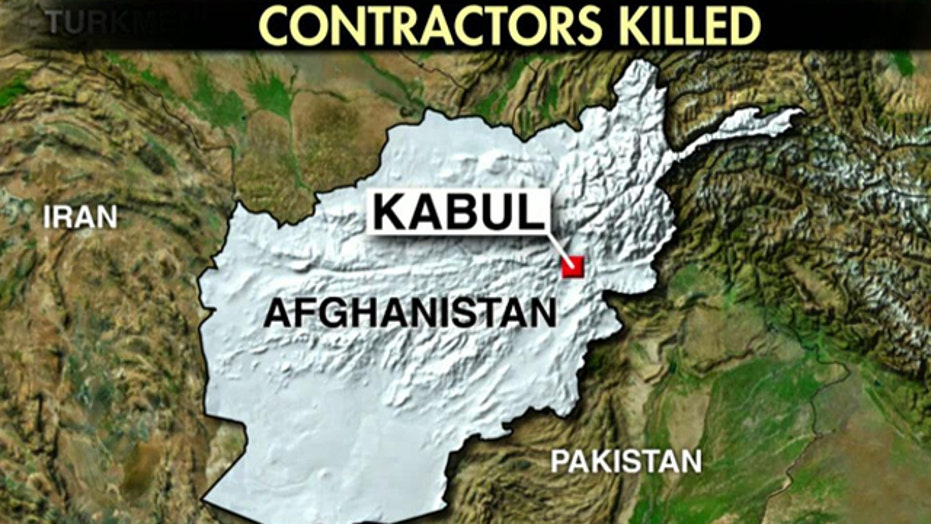 Just days after an Obama administration official went to great pains to explain that the Taliban is not considered a terrorist group, the Afghan-based organization on Friday took credit for an attack that killed three American contractors and said it was carried out by a fighter who had infiltrated Afghanistan's security forces.

The attack came Thursday evening at a military base at Kabul's international airport, and also left one Afghan dead. The Taliban's claim of responsibility came in a message on Friday from spokesman Zabihullah Mujahid, who identified the attacker as a man named "Hessanullha," from Laghman province, just east of Kabul. Hessanullha "penetrated into the security forces and was waiting for such a target for a long time," Mujahid said.

"Yesterday in the evening he managed to get to a crowd of invading and infidel American military forces where he turned his gun towards them and opened fire."

"Yesterday in the evening he managed to get to a crowd of invading and infidel American military forces where he turned his gun towards them and opened fire," he added. "During the gun battle, Ehsanullah was also killed by the enemy."

Mujahid said that the militant had infiltrated the ranks of Afghanistan's forces to stage the attack and wore an Afghan police uniform. An Afghan official with the country's Defense Ministry said the attacker was in an Afghan army uniform. According to The Washington Post, Mujahid added in a tweet that the terrorist had "opened fire on invaders" before he was "martyred by return fire." It was not immediately clear if the Afghan confirmed dead was the gunman.

The attack came after a White House spokesman described the Taliban as an "armed insurgency," not a terrorist group. However, Press Secretary Josh Earnest later acknowledged that the Treasury Department had put the Taliban on a terror list as far back as 2002.

Earnest also acknowledged that the Taliban "carry out tactics that are akin to terrorism, they do pursue terror attacks in an effort to try to advance their agenda." The Obama administration has repeatedly said the U.S. government does not negotiate with terrorists, despite trading five Taliban fighters held at Guantanamo for Army Sgt. Bowe Bergdahl.

The U.S. combat mission in Afghanistan ended last year, but there are just over 10,000 U.S. soldiers and military contractors still in the country, mostly in an advisory capacity to the new Afghan National Army.

In the final weeks before the formal end of combat operations, the Taliban increased the frequency and intensity of its attacks against foreigners and Afghans alike. However, Thursday's killings were the first violence in the capital in approximately three weeks. Earlier in the day, a roadside bomb in Laghman province killed four people, including a police commander. Afghan officials said a second suicide bomber targeted the commanders funeral later in the day, killing 16 people and wounding 39.