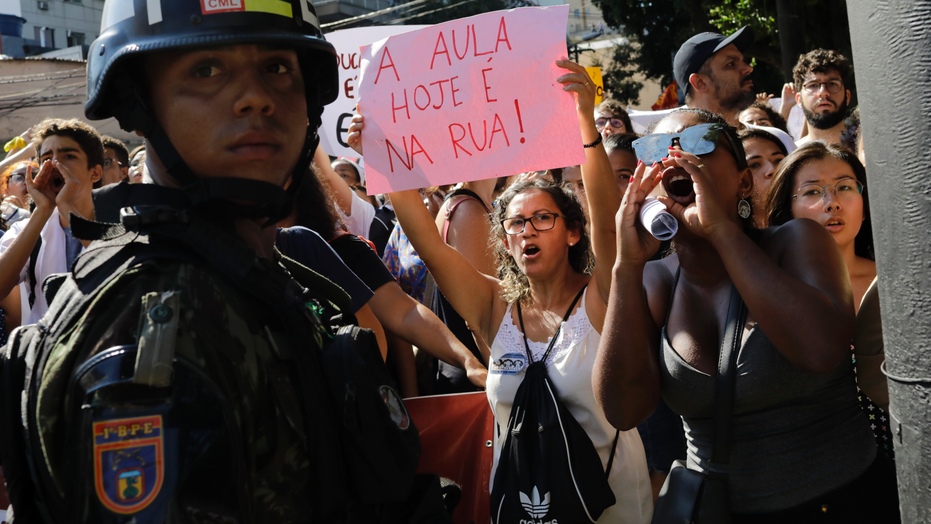 Hundreds of the high schoolers were joined by university students and teachers at a Monday demonstration outside a military-run school where Bolsonaro was speaking. He pledged to create more such military schools.

The students outside blocked traffic and chanted: "Bolsonaro, take your hands off my school" while waving their textbooks in the air.

Many were from the 14 elite Pedro II schools that face a 36% budget cut this year. Administrators say that will have "devastating implications."

There's heavy competition to get into the schools, which were founded in the first half of the 19th century.