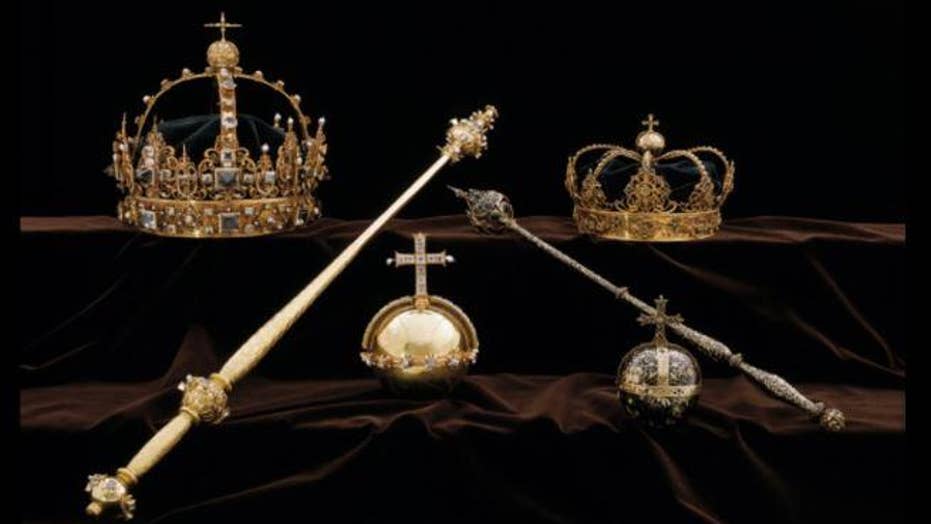 $7 million worth of stolen Swedish royal treasure might have been found in a Stockholm suburb on top of a trashcan.

Swedish royal treasure from 1611 worth more than $7 million which was stolen last July might have been found by a security guard on top of a trash can in a suburb of Stockholm.

The artifacts, the so-called funeral regalia that are placed inside or on top of a coffin to symbolize a deceased royal’s identity and social ranking, were stolen last year from a Cathedral, west of Stockholm. The treasure included two crowns and an orb that was taken from an alarmed display after the glass was smashed on July 31 last year.

Police said the treasure was found on top of the trash by a security guard around 1am on Tuesday, according to The Local. The items will undergo an examination to determine their authenticity.

"Everything suggests that Charles IX's stolen funeral regalia have been found in the Stockholm area, but police are working hard to get it 100 percent confirmed," the police statement read.

The presumed discovery of the items interrupted the trial of a 22-year-old Swedish national who’s currently standing trial on charges that he stole the artifacts after his arrest in September.

They will now be examined to ascertain that they are stolen jewels. The prosecutor has until Friday to tell the court when the trial can resume, The Local reported.

A second man was also detained in connection with the robbery, but he has not been charged.

The thieves escaped the crime scene by motorboat using the vast system of lakes in the surrounding area. While the police dispatched out a helicopter and boat to hunt down the thieves, they weren’t immediately arrested.

Prosecutors accused the man of committing a “serious offense” and said the stolen artifacts were “cultural and historically unique and irreplaceable.”

Most of Sweden’s crown jewels are kept in vaults under the Royal Castle in Stockholm, but some funeral regalia is kept in the cathedrals of Strangnas, Uppsala and Vasteras.