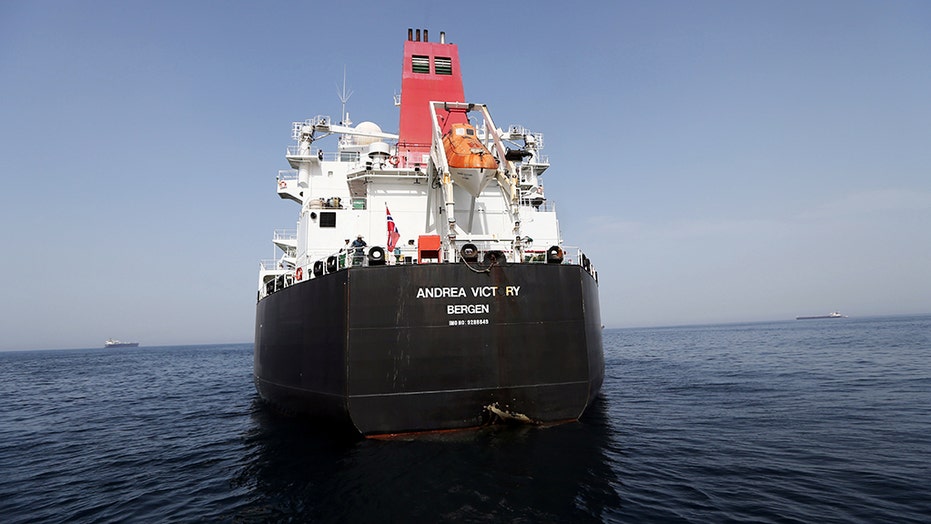 Qatar had advance knowledge on an Iranian attack on four commercial vessels in the Gulf of Oman in May and may have failed to warn its U.S., French and British allies, a western intelligence report alleges.

The report, obtained exclusively by Fox News, claims that Qatar had prior knowledge of the May 12 attack of two Saudi tankers, a Norwegian tanker and a UAE bunkering ship near the port of Fujairah in the vital waterway, which connects the Strait of Hormuz to the Indian Ocean, near the United Arab Emirates.

“Credible intelligence reports indicate that the IRGC-Quds Forces Naval unit is responsible for the Fujairah Port attacks, and the elements of civilian government of Iran, as well as the State of Qatar, were aware of the IRGC’s activities,” the report said.

A damaged Andrea Victory ship is seen off the Port of Fujairah, United Arab Emirates, May 13, 2019. REUTERS/Satish Kumar.

A U.S. Department of Defense spokesman reached for comment by Fox News said: “We do not discuss matters of intelligence.”

Lawmakers from two European NATO powers told Fox News that it would demand answers to the report from their respective governments.

Nathalie Goulet, a member of the French senate and a major figure in European counterterrorism, told Fox News via email that she was “very concerned” after seeing the intelligence report.

“I intend to raise questions with colleagues in other countries with strong connections in the Middle East such as Britain and with our government,” she said. “I will send the report to the head of the security department and also the minister of defense.”

Goulet, who spearheaded a commission investigating jihadist networks in Europe and authored a report for NATO on terror finance, confirmed to Fox News that the intelligence report was submitted to French authorities and its contents would be investigated.

The French government has a naval air station in Abu Dhabi, while British armed forces and the U.S. have a military presence in UAE. The Al Udeid military base in Qatar is home to the largest U.S. military facility in the Middle East.

New images released from tanker attacks in Gulf of Oman

Oil tankers attacked in Gulf of Oman; Jennifer Griffin has the details.

Qatar, however, has forged an alliance with the Islamic Republic of Iran, whose already tense relationship with the U.S. deteriorated further after President Trump pulled out of the nuclear deal.

Ian Paisley Jr., a British lawmaker who also has a copy of the intelligence report, told Fox News in an email that its contents are “very alarming and requires serious and immediate investigation by my own government.”

“I will be asking my government to immediately investigate the claims made in this report,” he said. “If proven correct, this poses serious questions for our alliances in this region. The Islamic threat must be taken seriously and I await the government’s response.”

“There’s no doubt in anybody’s mind in Washington who’s responsible for this,” Bolton said during a visit to the United Arab Emirates, adding that the four vessels were attacked using “naval mines almost certainly from Iran.”

The allegations against Qatar come at a sensitive time for U.S.-Qatar relations, amid other accusations that it has financed Islamic terrorism in the past.

“You have to ask who is arming, who is financing ISIS troops. The keyword there is Qatar and how do we deal with these people and states politically.” Müller said at the time.

Since 2017, a Saudi-led bloc of Arab and other countries, including the United Arab Emirates, banned Qatari airplanes and ships from using its airspace and sea routes, and Saudi Arabia has blocked Qatar’s only land crossing, citing its alleged support of terrorists, including the Muslim Brotherhood organization.

Qatar's Ministry of Foreign Affairs said Saturday it "had no advance knowledge of the attack on commercial vessels in the Gulf of OMan on May 12, 2019."