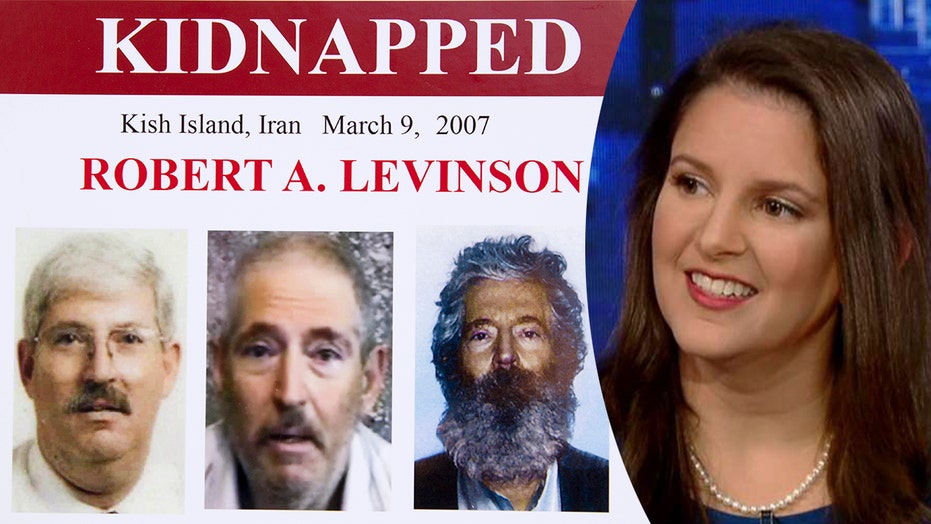 Sarah Moriarty, daughter of Robert Levinson, speaks out and reacts to the president's calls for her father's release.

The daughter of Robert Levinson -- a retired FBI agent and private investigator who went missing from an Iranian island in 2007 -- praised President Trump and the administration for their focus on the case.

Trump and National Security Adviser Robert O'Brien have been working tirelessly to find out what happened to the 58-year-old -- now the longest-held hostage in U.S. history, Sarah Moriarty told "The Story" on Monday.

"We believe that President Trump, with this new $25 million reward and a tweet yesterday, has sent a clear message that this is a top priority for the U.S. administration, and we're so thankful to him," she said.

"Robert O'Brien has been amazing for our family -- the entire administration has been working very hard; very tirelessly to bring him home."

In 2007, the Flushing, N.Y. native traveled to Iran, ostensibly to investigate drug smuggling.

While in the country, he met with American fugitive Dawud Salahuddin, whom the CIA was hoping to recruit as an asset, a source told Fox News at the time. After the meeting, Levinson went missing from Kish Island.

Moriarty told Martha MacCallum the Iranian government made mention of "Revolutionary Court," which she said is geared toward criminal-type cases as opposed to those for missing persons.

She called that development a "key element" of her father's case, and called Iran's behavior "unacceptable."

"We also need Americans to recognize that this is unacceptable and that Iran must send him home," she said, urging officials in Tehran to "come clean" about what has transpired over the last 12 years.

"The Trump administration has made clear that the regime in Iran must release all missing and wrongfully detained Americans, including Robert Levinson, Xiyue Wang, Siamak Namazi, and others," Pompeo said in a statement. "We will not rest until they are reunited with their families."