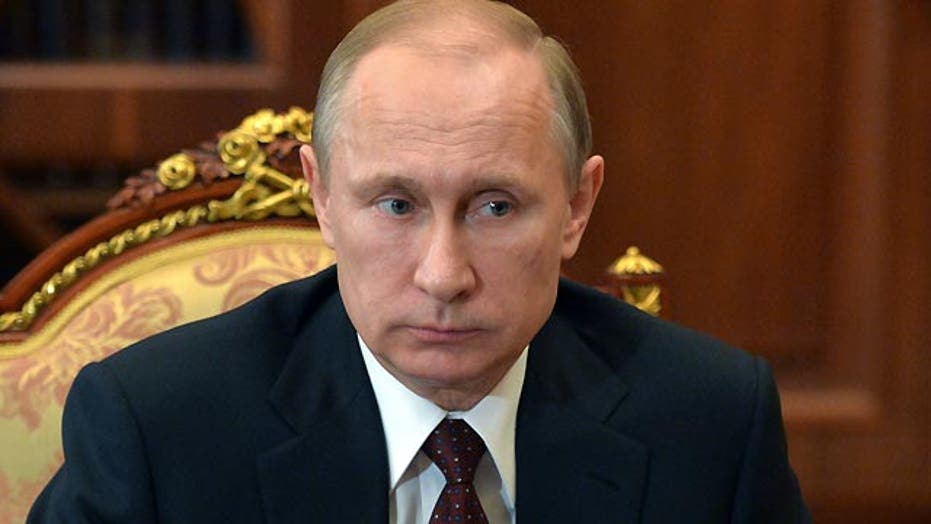 Russia's leader hasn't been seen in public for a full week

MOSCOW – President Vladimir Putin's spokesman has dismissed rumors circulating on the Internet that the Russian leader is in poor health.

Dmitry Peskov told Ekho Moskvy radio station Thursday that the president was "absolutely" healthy, adding that the president's handshake was still so strong it could "break your hand." Peskov's comment was a reference to the Kremlin's usual response to regular queries about the fragile health of former President Boris Yeltsin, who had heart surgery during his tenure.

Peskov also said Putin would not be appearing at a meeting with the Federal Security Service on Thursday, which he often attends.

"Yes, he's usually there," Peskov said. "But this year he was not planning to be."

A Kremlin announcement Wednesday that Putin would postpone an upcoming trip to Kazakhstan set off a flurry of rumors online, with some suggesting that Putin had could be seriously ill and others positing that he could be planning for the ouster of a major government figure.

Putin has not been seen in public since March 5, when he met with Italian Prime Minister Matteo Renzi in Moscow.

The Kremlin's press service on Wednesday issued a photo of a meeting between Putin and the regional governor of Karelia. However, local news agencies had reported on the meeting as early as March 5. The Russian news agency RBC cited an anonymous source in the Karelian governor's office as saying that the meeting had actually taken place March 4.