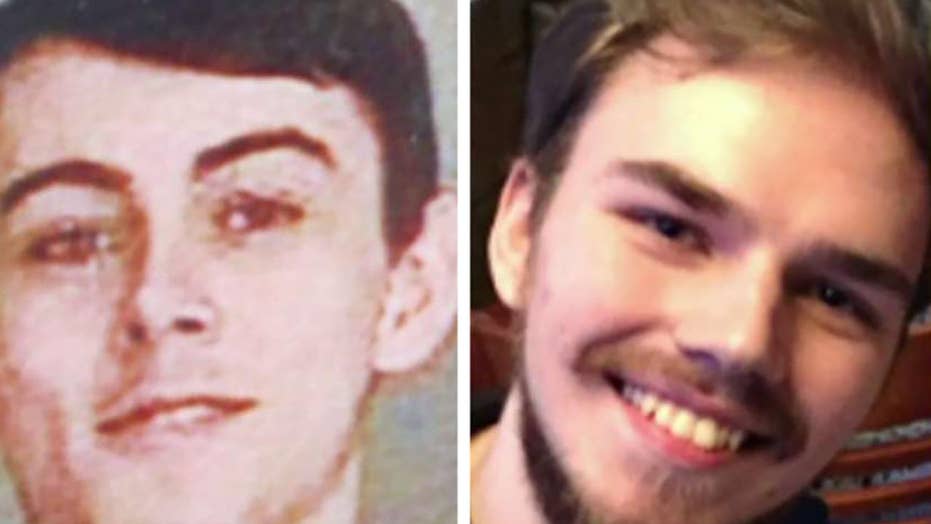 Teens wanted in Canada murders could go out in 'blaze of glory,' dad warns

The father of one of the two suspects wanted in the murders of a North Carolina woman and her boyfriend in Canada warns his son is on a suicide mission.

Two Canadian teens who are suspected of at least three murders – including an American woman and her Australian boyfriend – may have escaped from the Manitoba town where they were last seen "with someone who is not police friendly," a source close to the investigation told Fox News on Saturday.

The source added that Kam McLeod and Bryer Schmegelsky may have altered their appearances and offered cash to a driver to leave the area of Gillam, a town of approximately 1,200 people in the north of the province.

“Truly you wouldn’t want to stick yourself in a small town when all of Canada is looking for you,” the source said. “If they left Gillam, they’d likely head to a bigger center where they’d blend in and could find food.”

The Royal Canadian Mounted Police (RCMP) said in a statement later Saturday that "there have been no new sightings of the suspects and no new information that would indicate that the suspects have fled the area. However, our investigators remain open to the possibility and continue to ask anyone who may have inadvertently provided assistance to the suspects to come forward and contact police."

On Friday, police confirmed that a resident of Cold Lake, Alberta, had helped the suspects get their Toyota Rav-4 unstuck from a local trail on July 21. Authorities said the suspects "continued on their way after a short, unremarkable interaction."

McLeod, 19, and Schmegelsky, 18, are being sought in connection with the deaths of American Chynna Deese, 24, her Australian boyfriend Lucas Fowler, 23, and Leonard Dyck, 64, of Vancouver, British Columbia.

The teens were originally considered missing but were named as suspects in the murders Tuesday. On Thursday, the RCMP said the suspects had been spotted in the area Gillam, which is more than 2,000 miles from where the three victims were found.

The RCMP said Saturday it had begun canvassing "every home and building in the Gilliam area" a process that was expected to last for another 48 hours. Assets from the Canadian Armed Forces arrived in Gillam early Saturday to assist with the aerial search, authorities added.

The Keewatinohk Converter Station Camp, which has over 600 rooms, is among the abandoned buildings that authorities canvassed on Saturday in their search for murder suspects.  (RCMP)

More than 100 empty homes have been searched in Gillam, the RCMP added. Officers are also searching large abandoned buildings, including the Keewatinohk Converter Station Camp near Gillam, which has more than 600 rooms.

The first police source said a family member described McLeod and Schmegelsky as “skilled survivalists,” but added that they have no professional training that authorities are aware of.

The source described the area around Gillam as "dense bush, forest, and swamp," with ferocious, biting and blood-sucking sand flies that will swarm anyone hiding outdoors. The area is also home to many bears.

“You can play war games in the woods but this is the real world,” the source said.

Meanwhile, police continue to search for a motive for the killings. “Was it a robbery gone bad?" the source asked rhetorically. "No one knows at this point."