Killing spree suspects Kam McLeod and Bryer Schmegelsky remain on the loose and are accused of shooting an American tourist and her Australian boyfriend; insight on nationwide manhunt from Royal Canadian Mounted Police Corporal Chris Manseau.

Two men suspected of killing three people, including an American tourist and her Australian boyfriend, in a remote area of western Canada are believed to be near the small town of Gillam in northern Manitoba, authorities said Thursday.

"The search for Kam McLeod and Bryer Schmegelsky continues, and we can now confirm that there have been two established and corroborated sightings of the suspects in the Gillam area," the Manitoba Royal Canadian Mounted Police said in a statement. The statement noted that the sightings occurred before authorities discovered McLeod and Schmegelsky's burned-out truck in northern British Columbia last week.

CANADA MURDER SUSPECTS COULD BE ALREADY 1,800 MILES FROM SLAYINGS, DESCRIVED AS 'BEST FRIENDS' WHO WERE 'OUT ON ADVENTURE'

"Over the last 48 hours, we have received 80 tips and we continue to ask the public to remain vigilant," they added.

Royal Canadian Mounted Police Corporal Chris Manseau told Fox News' Shepard Smith on Thursday that officers were "still working in Northern Manitoba, that was the last sighting that we had a couple of days ago so we're gonna focus all of our efforts there."

Still, Manseau warned that McLeod, 19, and Schmegelsky, 18, "had several days head start," making it harder for officers to capture them. 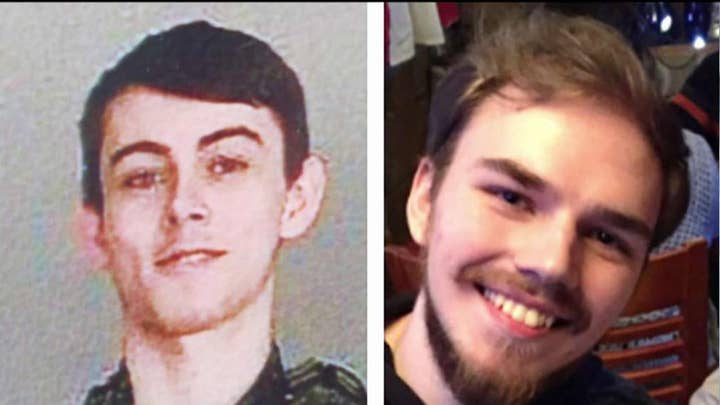 Police discovered the bodies of 23-year-old Australian Lucas Fowler and his American girlfriend Chynna Deese, 24, on July 15 along the side of the Alaska Highway near Liard Hot Springs, British Columbia. The couple had been shot to death.

McLeod and Schmegelsky, natives of Port Alberni, British Columbia were initially listed as missing persons after their truck was discovered on July 19. While authorities were investigating the burning truck, they discovered a body at a nearby highway pullout. RCMP identified the third body Wednesday as that of Leonard Dyck, a Vancouver man who they believe the pair was responsible for murdering as well.

Thursday's RCMP statement said that "there have also been no reported stolen vehicles that could be attributed to the suspects." 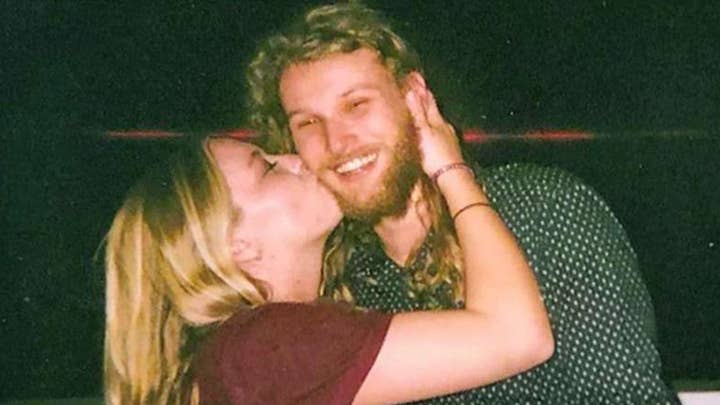 A woman who works at a gas station in Split Lake, located just outside Gillam, told Vancouver's City News News Radio 1130 on Wednesday the pair had stopped by on Monday.

“They both stopped in, and they came to my till and he just asked to gas up $20,” Mychelle Keeper told the station. "And that Bryer guy, he asked me ‘Is alcohol allowed here in the community?’ because there’s a big sign at the truck stop there, no bootleggers or drug dealers, he was asking about that. I said ‘no, it’s not allowed here because it’s a dry community.’ That’s it. They paid for their gas and they left.”

Keeper said the interaction didn't register as odd until authorities revealed the following day the two were suspects in the killings, which left her "really scared."

"At this time we don't know what their motives are or what their destination is or what their thoughts are," Manseau said Thursday. "That's a long way from northern British Columbia, about 3300 kilometers, over 2500 miles. Why they ended up in that small town, northern Manitoba I don't know but again investigators want to speak to them and get to the bottom of all of this, put everyone's mind at ease."

Schmegelsky's father Alan detailed his son's troubled childhood in an emotional interview with the Canadian Press Wednesday, saying Bryer had difficulting coping with his parents' divorce.

Alan Schmegelsky added that his son was in "very serious pain" and alluded to a potential suicide attempt, saying "They're going to go out in a blaze of glory. Trust me on this."

Manseau dispelled Schmegelsky's father's speculation of a potential suicide attempt or future shootout between police and the suspects, telling Fox News "that's a tragic thing for that one person to say."

"We don't want anything like that to happen," Manseau said. "At the end of the day, we want everyone to go home safe. That's all; police officers and the suspects included so if they wanted to turn themselves in we would gladly do that and I don't want to see this go down in a hail of bullets."