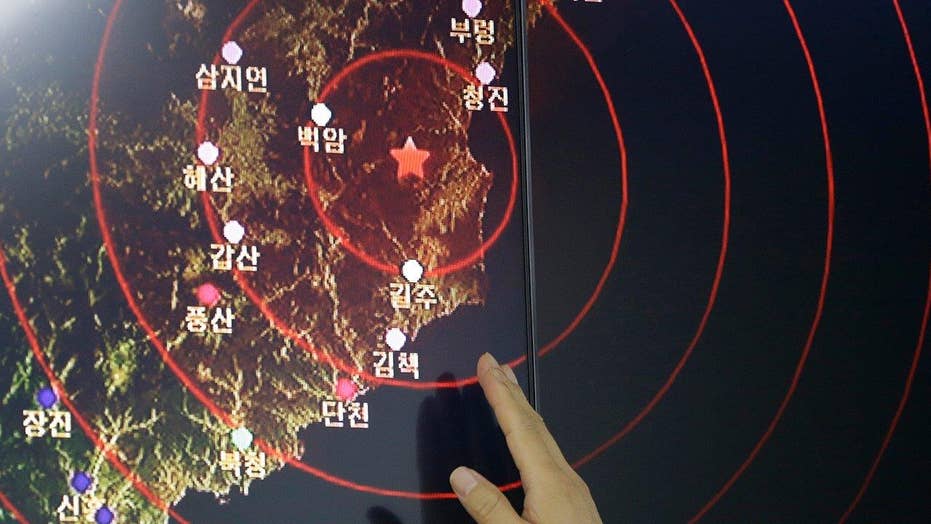 Should the US take more decisive stand against North Korea?

Defcon 3: K.T. McFarland and Mary Beth Long on the findings of a new report by the Council on Foreign Relations focusing on US policy towards North Korea

North Korea has said it is "close to the brink of war" with its southern neighbor - and Britain has been warned to stay out of the fight.

The regime's foreign affairs representative for northern Europe, Pak Yun Sik, was speaking after the UK announced it would take part in joint military drills with South Korea and the US.

The war games will be played out in November as a training exercise in case there is ever a need for real thing in the region.

Mr Pak said angrily: "The situation on the Korean peninsula is close to the brink of war because of endless military exercises by American and South Korean forces targeting us.

"Now, Britain has decided to send its Typhoon fighter jets to take part in joint US-South Korean military drills, in the south of Korea, from 4 to 10 November.

"This is a hostile act, openly joining the US and South Korean forces in moves for a new war against us.

"Britain claims that this military exercise is not targeting us, but the US and South Korea openly say that these military exercises are aimed at launching a strike against our military facilities and our command structure."