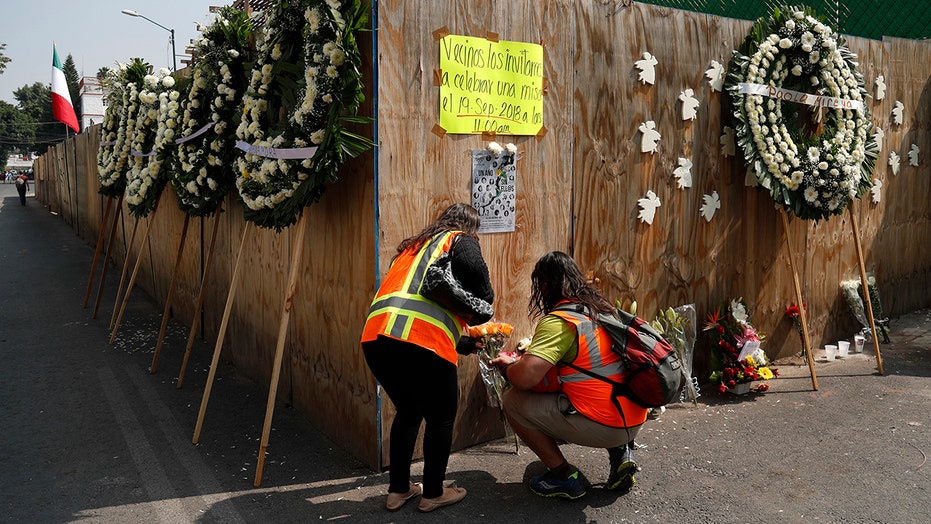 Mexican authorities have arrested the owner of an elementary school that was destroyed in 2017 in a 7.1.earthquake, killing 19 children and seven adults.

Authorities say the fatalities likely could have been avoided if illegal construction work had not been performed at the school in 2010, reported multiple news outlets. Police said that the owner of the school building illegally had an apartment built over the part of the structure that experienced the most damage in the earthquake.

The owner, Mónica García Villegas, had been in hiding -- missing court dates, eluding police -- until Saturday, when authorities received an email tipping them off to her whereabouts.

“We arrested her,” said Mexico City Attorney General Ernestina Godoy at a press conference over the weekend. "The crime is [involuntary] manslaughter.”

Godoy attributed the arrest to a reward of 5 million pesos ($263,000) that authorities announced in late-April for information leading to García Villegas’ whereabouts. The tip line received information from 16 tipsters suggesting locations in at least six different states.

“We went to all of them,” Godoy said.

The collapse of the Enrique Rebsamen school came to symbolize the corruption and impunity that plague Mexican construction. Garcia Villegas is accused of having her apartment built using fraudulent permits, among other things. Infobae.com reports that the construction of her apartment compromised the structural integrity of the building, causing some damage during the work on the addition.

Overhead view of buildings damaged in the September 2017 earthquake at the Enrique Rebsamen School, where 26 people were killed when the buildings collapsed, in Mexico City.  (AP)

The search for survivors at Rebsamen captured the attention of people worldwide amid reports shortly after the quake that a girl was purportedly trapped alive in the school’s rubble. Authorities later announced that the girl never existed.

Godoy said there are still arrest warrants out for two construction overseers who authorized the additions at the school, despite insufficient steel or other supports to sustain the extra weight.

The earthquake killed 228 people in the capital and 141 others in nearby states.

"I'm innocent, I didn't kill those children," Garcia Villegas said. "I would never allow such a situation for my students."

But relatives of the children who died expressed anger, and stood outside the courthouse yelling "Mónica, murderer!" and holding signs that said, "How do you feel having taken away so many lives?"