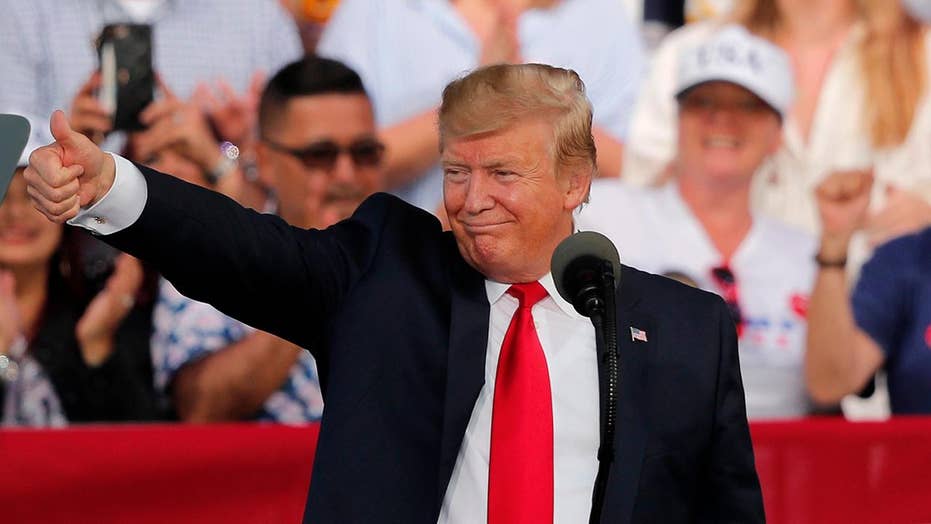 President Trump again described the situation at the U.S.-Mexico border as a "national emergency" at a Florida campaign rally Wednesday, saying the caravans headed to the United States were an "invasion" and voicing his concerns against human and drug trafficking.

"No nation can tolerate a massive organized violation of its immigration laws. And no one should run for office without an ironclad pledge to protect and defend  America's borders," Trump told the Panama City Beach crowd. "Shouldn't be allowed to run. And to confront this crisis -- you saw that! It was a big deal two months ago. I declared a national emergency, which is what it is. This is an invasion!"

"When you see these caravans starting out with 20,000 people, that's an invasion. I was badly criticized for using the word 'invasion.' It's an invasion!" Trump said, defending his rhetoric

The president also talked about drug trafficking and its impact on the lives of the American people.

"And it's also an invasion of drugs coming in from Mexico, OK? It's an invasion of drugs. They all better be careful. Because, you know, we're destroying the lives of hundreds and thousands of people a year with the drugs that are pouring across our southern border. They better damn well be careful because people are wise to it now," Trump said before making a case for a wall along the border.

Trump argued that women were trafficked into the United States through areas that did not have a wall.