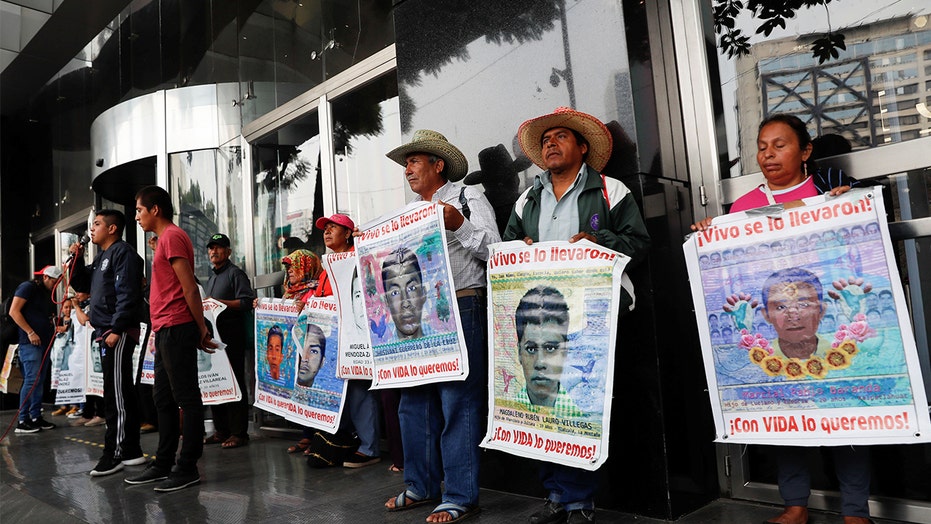 The Mexican government released “statistics of horror” on Monday that showed nearly 62,000 citizens have vanished since the government began its increasingly violent offensive against ruthless drug cartels in 2006.

Karla Quintana, head of the National Registry of Missing or Missing Persons (RNPED), revised the number of missing to 61,637 people, a figure far surpassing a previous estimate of 40,000 from June.

“We have to remember we’re talking here about lives and families and people who are still missing,” Quintana said during a press conference in Mexico City. “These are statistics of horror behind which lie so many stories of such great pain.”

While the statistics date back as far as the 1960s, more than 97.4 percent of the total have disappeared since 2006, when the country first waged its drug war against the cartels. Women represent 25.7 percent of the missing, Quintana said.

Citizens have participated in demonstrations to demand justice for those missing. (REUTERS/Henry Romero)

In 2006, then-President Felipe Calderon had his army take the fight against drug traffickers to the streets — a move that fragmented the cartels and made it more difficult to oppose them, Reuters reported.

The revised numbers come as Mexican President Andres Manuel Lopez Obrador has faced criticism for his policy of using “hugs, not bullets” when fighting drug cartels amid a skyrocketing murder rate during his first year in office.

In November, new figures from Mexico's Secretary General of National Public Safety showed that the country's homicide was on pace to reach its highest overall annual total since the government started tracking in 1997. The data showed that there had been 29,414 homicides in 2019 — that's nearly 100 people killed each day.

In 2018, there were a total of 36,685 murders in Mexico, the most since the office started gathering data on the crime more than two decades ago. This year, the number of homicides is expected to surpass that figure.

Mexico has tasked its National Search Commission with locating the tens of thousands of missing citizens.

In its first 13 months of work, officials on Monday said it uncovered 1,124 corpses and 873 clandestine burial pits.

The unmarked pits are frequently used by drug and kidnapping gangs to dispose of the bodies of their victims or rivals.

Last October, a group of mothers uncovered searching for missing loved ones discovered a mass grave in Sonora. The initially found 42 bodies, but the count continued to increase in the ensuing weeks. (Sonora Attorney General's Office)

The commission said about a third of the corpses found the last 13 months were located in just three of the country's 31 states: the northern state of Sinaloa, the Gulf coast state of Veracruz and the Pacific coast state of Colima.

But many of the most recent cases of disappearances have been centered in the western state of Jalisco, home to the drug cartel of the same name, and Sonora.

Last October, a clandestine burial site containing dozens of bodies was discovered in Sonora near the resort town of Puerto Peñasco, located south of the Arizona border. Some Mexican officials have suggested the mass grave held the victims of a raging gun battle six years ago between government forces and the Sinaloa cartel.

As Mexico faces a crisis of unidentified bodies piling up, the country has set up DNA databases to help with the identifying process. However, the majority of bodies found in clandestine burial pits still go unidentified.