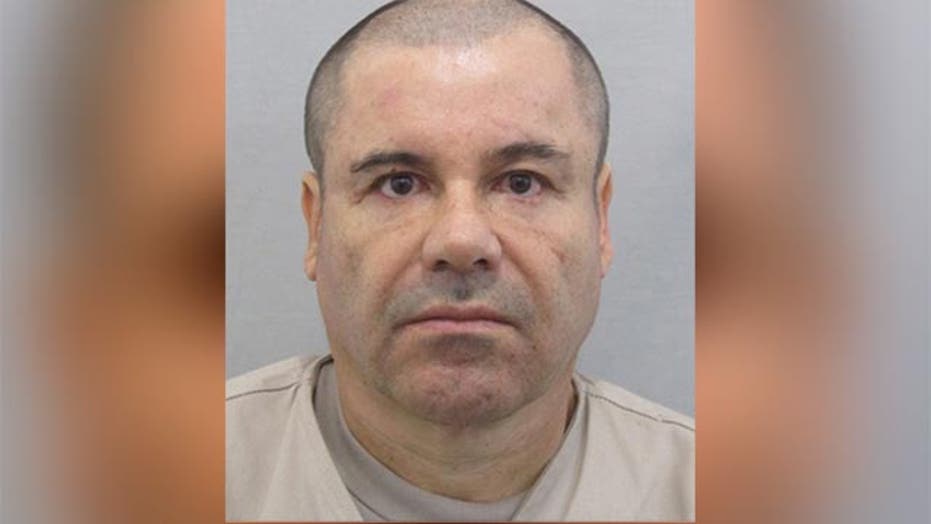 Deputy Aleida Alavez of the leftist Democratic Revolution Party told The Associated Press that National Security Commissioner Monte Alejandro Rubido reported during a tour of the maximum security prison Wednesday that Guzman had an 18-minute head start. She said Rubido hesitated when asked how much time elapsed, but eventually answered.

Officials had not said publicly how much time passed from when Mexico's most prized prisoner slipped into a mile-long tunnel Saturday night and when authorities became aware he was gone.

The National Security Commission did not immediately respond to questions about the time.

Deputy Adriana Gonzalez of the conservative National Action Party, who was also on the tour, said she did not hear Rubido give that time, but added that she asked by personnel monitoring the cameras and was told about 20 minutes.

Gonzalez said she was also told there was not a single person exclusively dedicated to monitoring Guzman. One person monitored two screens that each show images from 20 cameras. She was shown about five minutes of additional video footage after Guzman disappeared in his cell — more than has been released publicly — and all that was visible was an empty cell.

"The image stayed the same and time is passing and minute 56, 57 and no one appears," she said.

The video released to the public Tuesday showed Guzman disappearing at 8:50 p.m. behind a half wall that blocked the camera's view of his shower.

The Attorney General's Office is investigating the escape itself as well as looking at whether prison personnel followed protocols or intentionally caused the delay in issuing an alert.

It was the second time Guzman, leader of the Sinaloa cartel, escaped from a maximum security prison. The first was in 2001, when in one of several versions, Guzman was allegedly smuggled out in a laundry cart.

Documents from the U.S. Drug Enforcement Administration obtained earlier this week by The Associated Press showed that U.S. agents had collected intelligence suggesting planning to spring Guzman began almost immediately after his arrest in February 2014.

Discussing her tour of the prison, Alavez said investigators had found pieces of tortilla in the grating covering a light above Guzman's sink. Lawmakers were told the pieces were used to count days, but Alavez said it was not clear if it was the days Guzman had been imprisoned or the number he had left before his escape.

An official with the Attorney General's Office said one hypothesis was that Guzman used the grating and tortilla pieces as a kind of calendar, but said another was that it was a game he created for himself. The official agreed to discuss the matter only if not quoted by name because he was not authorized to speak publicly.

Alavez also said she was awaiting an explanation of why Guzman had been allowed to grow out his hair when it was clear from their tour that other prisoners had shaved heads.