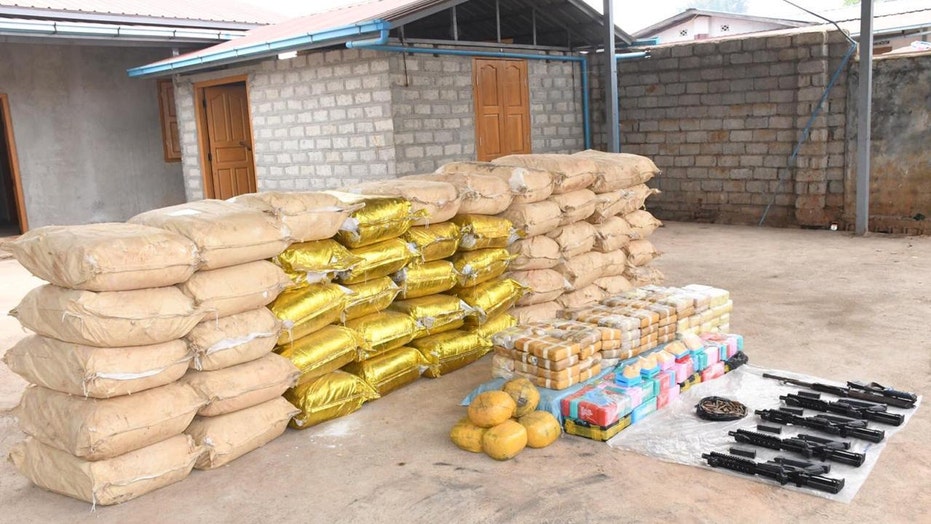 Police in Myanmar have made what they claim is Asia’s largest-ever drug bust, seizing 200 million meth tablets and 1,100 lbs of crystal meth.

Authorities also seized 660 lb of heroin and 3,750 liters of methyl fentanyl in raids that take place between February and April in Kutkai, Shan state.

Shan state is known as part of the “Golden Triangle”, a remote, largely lawless jungle area spreading across Myanmar, Laos, China and Thailand which was once a major source of the world’s opium and heroin and is now a major producer of methamphetamine.

Weapons, ammunition, alongside bags of crystal methamphetamine and meth-laced yaba pills seized by Myanmar police and military are seen in this undated photo near Loikan village in Shan State, between February and April 2020 in what the United Nations Office on Drugs and Crime described as Asia's biggest-ever drug bust.  (Myanmar Police/UNODC/Handout via REUTERS)

The United Nations Office on Drugs and Crime (UNODC) said they haul was “one of the largest and most successful counter-narcotics operations in the history of the country and region.”

Jeremy Douglas, UNODC’s south-east Asia and Pacific representative, said: “What has been unearthed through this operation is truly off the charts.”

He added that the raids unearthed “unprecedented” amounts of methyl fentanyl, pointing to a new trend of synthetic opioid production “on a scale nobody anticipated.”

The product is used to make the powerful opioid fentanyl, which is 50 to 100 times stronger than heroin, up to 100 times more potent than morphine, and has been blamed for fueling the opioid crisis in the U.S.

Some 33 people were arrested during the operations, with some suspects telling police most of the haul was meant for sale within Myanmar and neighboring countries, Colonel Zaw Lin of Myanmar’s counter-narcotics agency told Reuters.

Myanmar is thought to be the largest global producer of methamphetamines.