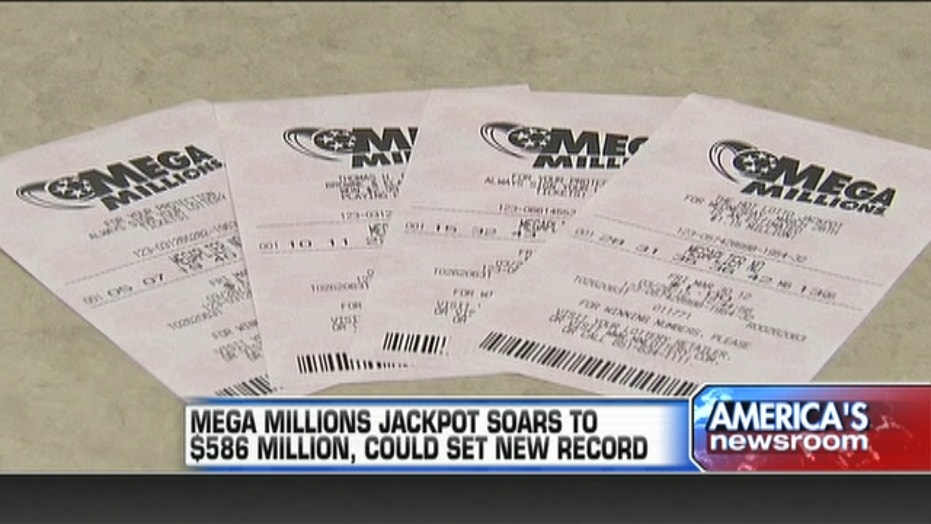 If a winning number isn't selected on Tuesday night or on the following drawing, scheduled for Friday night, the jackpot could reach $1 billion for Christmas Eve.

The top prize had been estimated at $586 million, but lottery officials increased their prediction Tuesday morning because of strong ticket sales ahead of the evening drawing. The jackpot now trails only a $656 million Mega Millions pot that was sold in March 2012.

The cash option is $341 million, before taxes.

Paula Otto, lead director for Mega Millions, said the jackpot estimate was increased after ticket sales surpassed expectations. She also said officials expect about 70 percent of the possible number combinations to be purchased.

"Our sales for tonight's drawing will be over $300 million," said Otto, also executive director of the Virginia Lottery. "Yesterday we had estimated that our sales would be about $240 million."

She noted that if a winner isn't selected either Tuesday night and for this Friday's drawing, the jackpot could hit $1 billion — an unheard of amount for Mega Millions or Powerball, the nation's two main lottery games.

Mega Millions is played in 43 states, the District of Columbia and the U.S. Virgin Islands.