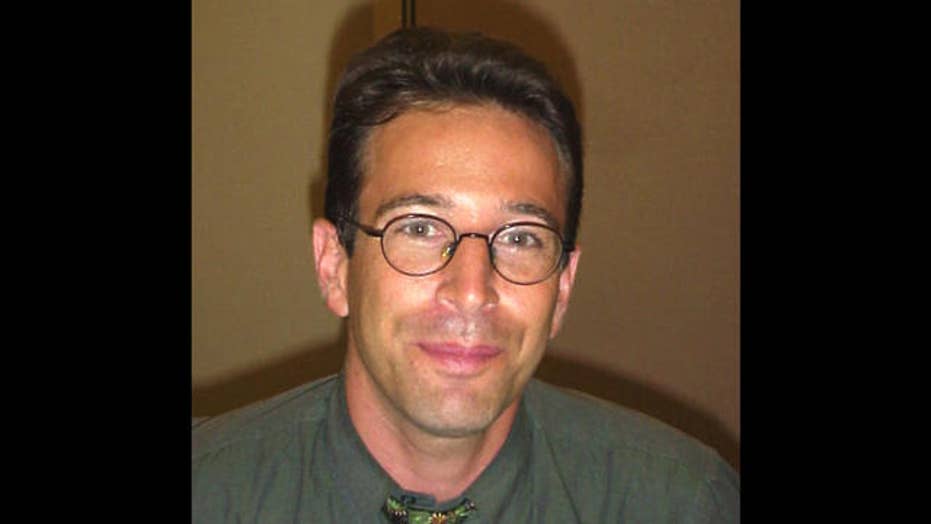 The British-born man convicted in the 2002 murder of Wall Street Journal reporter Daniel Pearl is likely to walk out of jail a free man this week following a surprising ruling by Pakistan's supreme court.

The country's high court on Monday refused to overturn a lower court's ruling exonerating the man who kidnapped and killed Pearl, who had been reporting on extremism in Pakistan in the wake of the Sept. 11, 2001 terror attacks in the United States.

Pearl, who was the WSJ's bureau chief for South Asia, was killed in January 2002.

His parents Ruth and Judea Pearl filed their petition to Pakistan's top court to hear their appeal after the government of Pakistan also sought reinstatement of the original convictions in the case.

"We're standing up for justice, not only for our son but for all our dear friends in Pakistan so they can live in a society free of violence and terrorism," Judea Pearl said in an emotional video message on Twitter in May.

The move to overturn Ahmed Omar Saeed Sheikh's murder conviction and death sentence sparked outrage not only from Pearl's family but from the U.S. government and other media rights organizations around the world.

While the lower court overturned the most serious offenses against Sheikh, it upheld the kidnapping charge which carried a seven-year sentence.

Sheikh has been on death row for nearly two decades.

"For 18 years he hasn't even seen the sun," his lawyer Mahmood Sheikh told Reuters. "He has been in solitary confinement on death row."

Sheikh and three of his aides, who had been sentenced to life in prison, were acquitted for lack of evidence by the high court in Karachi.

Pakistani authorities ordered the four men to be kept in detention for three months while the matter was sorted in court. The 90-day detention expires this week.

The country's supreme court also refused to immediately hear an appeal and instead said they would take up the matter on September 25.

Last month, Secretary of State Mike Pompeo said of Pearl: "We continue to honor his legacy as a courageous journalist and demand justice for his brutal murder."

Wall Street Journal publisher Dow Jones also pledged its support for "the Pearl family's efforts in seeking justice for the kidnapping and brutal murder of their son, Daniel Pearl. Danny was a cherished colleague and we will always honor his memory and service."

Pearl was kidnapped while working on a story about Islamic militants. A videotape received by U.S. diplomats in February of that year confirmed that the 38-year-old was dead.

He had been beheaded.

The parents of Daniel Pearl, (l.), who was killed in 2002, said as they signed a condolence book for Pakistani terror victims they believe the Guantanamo detainees must face justice. (AP, FoxNews.com)

In court testimony and emails released during the 2002 trial, Sheikh said he developed a personal relationship with Pearl before he was kidnapped, with both sharing their concerns about their wives, who were pregnant at the time.

Marianne Pearl gave birth to their son Adam in May 2002.

The Pearl Project, an investigative journalism team at Georgetown University, carried out a three-year investigation into Pearl’s kidnapping and death. They concluded the reporter was beheaded by Khalid Sheikh Mohammad, who was arrested in Pakistan in 2003 and later described as the architect of the 9/11 attacks on the United States.

Mohammad is a prisoner at the U.S. Naval Base at Guantanamo Bay, Cuba.

Sheikh had been arrested in 1994 by Indian authorities, accused of kidnapping three Britons and an American, who were all freed unharmed, in Indian-ruled Kashmir.

In 1999, India freed Sheikh and two other militants in exchange for the release of 155 passengers and crew aboard an Indian Airlines plane hijacked to Kandahar, Afghanistan.