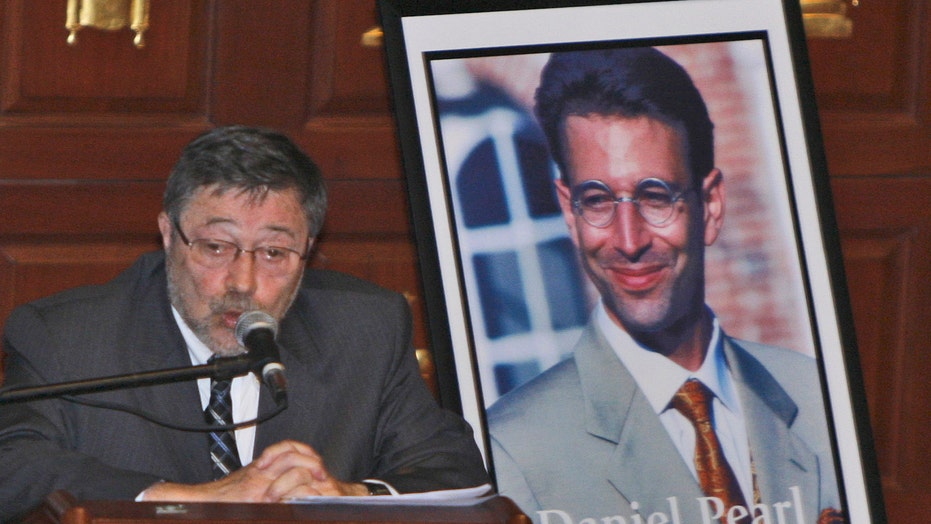 The murder conviction of a British Pakistani man found guilty of the 2002 kidnapping and killing of journalist Daniel Pearl was overturned by a court in Pakistan on Thursday.

The sentence of Ahmed Omar Saeed Sheikh was reduced to seven years in prison for the charge of kidnapping. His lawyer, Khwaja Naveed, says it was expected those years would count as time served. Saeed had spent 18 years in prison in southern Hyderabad on death row.

The court also acquitted three others -- Fahad Naseem, Sheikh Adil, and Salman Saqib -- who were accused in the case and had been sentenced to life in prison.

“Justice has been done to my clients,” Naveed said.

Pearl, a journalist for the Wall Street Journal, was abducted and later beheaded on Feb. 1, in Karachi, Pakistan.

He had vanished on Jan. 23 while researching links between Pakistani militants and Richard C. Reid, who was arrested in December on a flight from Paris to Miami with explosives in his shoes.

Dr. Judea Pearl, father of American journalist Daniel Pearl, who was killed by terrorists in 2002, speaks in Miami Beach, Fla in 2007. A Pakistani court on Thursday, April 2, 2020, overturned the murder conviction of a British Pakistani man found guilty of the kidnapping and murder of Wall Street journalist Daniel Pearl. (AP Photo/Wilfredo Lee, File)

Prosecutors said Saeed lured Pearl into a trap by promising to arrange an interview with an Islamic cleric who police believe was not involved in the conspiracy.

A videotape received by U.S. diplomats in February confirmed that Pearl, 38, was dead.

Saeed, a former student at the London School of Economics, and the others were convicted in 2002.

The defendants were also collectively fined $32,000. At the time, chief prosecutor Raja Quereshi said the money would go to Pearl’s widow, Mariane, and their infant son, who was born after his father was killed.

Seven more suspects, including those who apparently killed Pearl, were never arrested.

“The overturning of the convictions for Daniel Pearl’s murder is an affront to victims of terrorism everywhere. We welcome Pakistan’s decision to appeal the verdict. Those responsible for Daniel's heinous kidnapping and murder must face the full measure of justice,” Alice G. Wells, the principal deputy assistant secretary for the State Department’s Bureau of South and Central Asian Affairs, said.