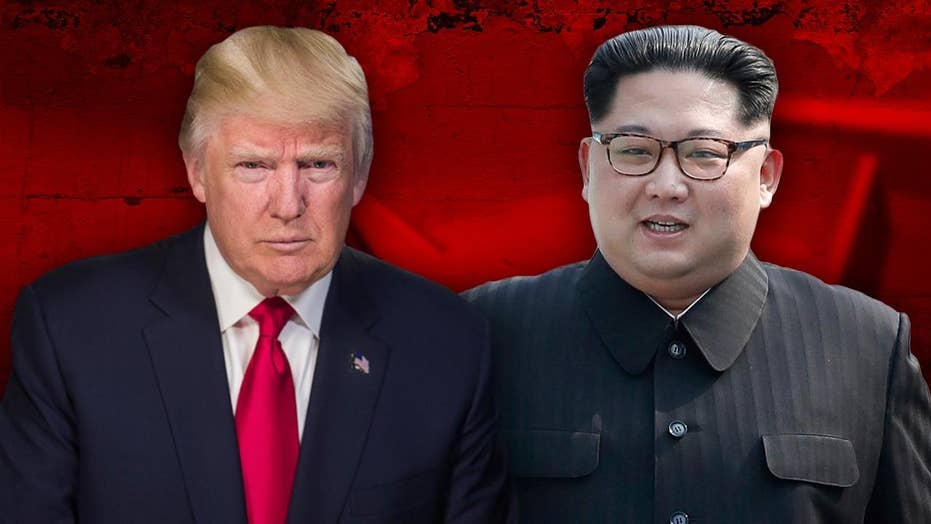 North Korean dictator Kim Jong Un reportedly fears an attempt on his life at the historic Singapore summit that will bring the hermit kingdom leader the furthest he’s ever been from his country since coming to power.

U.S. officials believe Kim is worried about security and the possibility of an assassination attempt at the high-stakes summit where he will meet President Trump for the first time after months of back-and-forth negotiations, sources told Bloomberg.

In 2017, North Korea accused U.S. and South Korean intelligence services of hatching an assassination plot against Kim with a "biochemical substance."

According to North Korea’s state-run Korean Central News Agency, “a hideous terrorists’ group” directed by CIA and South Korean spies “ideologically corrupted” a North Korean dissident identified as “Kim” and paid the man more than $20,000 to carry out the attack.

North Korea’s Ministry of State Security called the supposed plot a “last-ditch effort” that had gone “beyond the limits.”

Last month, Trump canceled the summit following threatening language by Kim and the North Koreans. The president penned a letter to Kim, notifying him of the cancellation.

But last week, former North Korean military intelligence official Kim Yong Chol met with Secretary of State Mike Pompeo in New York City. Pompeo said he was confident that negotiations with the rogue regime were “moving in the right direction.”

Trump announced the historic summit was back on track last Friday after an hour-long meeting with the top North Korean official.

The June 12 summit is set to take place at the Capella Hotel on Sentosa Island, the White House announced Tuesday.

The secluded 5-star hotel is located a quarter mile off the coast of the city-state with only one raised road connecting the island to Singapore.

The historic U.S.-North Korean summit is set to take place at Capella Hotel in Singapore.

“The location of Capella hotel which is separated from [the] mainland may serve as a virtual wall to keep out security threats from approaching the summit,” Muhammad Faizal Abdul Rahman, a national security researcher in Singapore, told This Week in Asia Tuesday.

Kim may be no stranger to planned assassinations as he is believed to be behind the death of his estranged brother, Kim Jong Nam, in Malaysia in 2017.