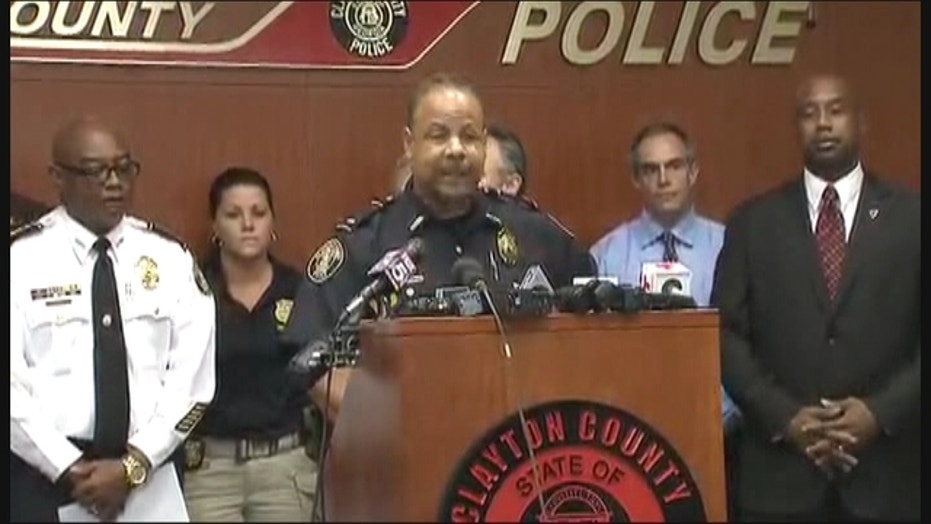 A 14-year-old girl forcibly taken from her home returned safely.

JONESBORO, Ga. – A 14-year-old girl abducted from her family during a home invasion in Georgia has been found alive, authorities said.

Ayvani Hope Perez was taken from her home on Tuesday around 2:15 am after robbers realized there was no money or jewelry. The abductors shot the family dog during the abduction. Authorities have said the robbery and abduction appeared to be random.

There were about 150 law enforcement personnel involved in the search.

Two suspects are in custody and two others are at large, police said. One of the men in custody is Juan Alberto Contreras-Rodriguez, a 40-year-old Mexican national who is being held on immigration-related charges. The other suspect, Wildrego Jackson of Atlanta, 29, is being held on charges of conspiracy to commit kidnapping.

The Atlanta Journal-Constitution is reporting that Jackson spent time in state prison on several drug convictions, aggravated stalking and theft.

Clayton County Police Chief Gregory Porter said the girl was found in Conyers, Ga., and has been reunited with her family.

"She's in good health, she's being evaluated as we speak," Porter said.

"It didn't appear that they knew each other," he said of the suspects and victims. "They just moved in about a month ago."

Ayvani's mother had her daughter and her 15-year-old son hiding inside the home, but the intruders were able to find them, police said in a statement. The men abducted Ayvani with no explanation, police said.

The family was reportedly trying to raise $10,000 in ransom so the girl could be returned to them, the newspaper reported. It's unclear if they ever paid the ransom.

About 150 people gathered for a nighttime vigil on Tuesday in honor of Ayvani.

The crime happened on a cul-de-sac in Ellenwood, a small community about 10 miles southeast of Atlanta, police said. The neighborhood is on the northern edge of Clayton County, just south of the DeKalb County line.