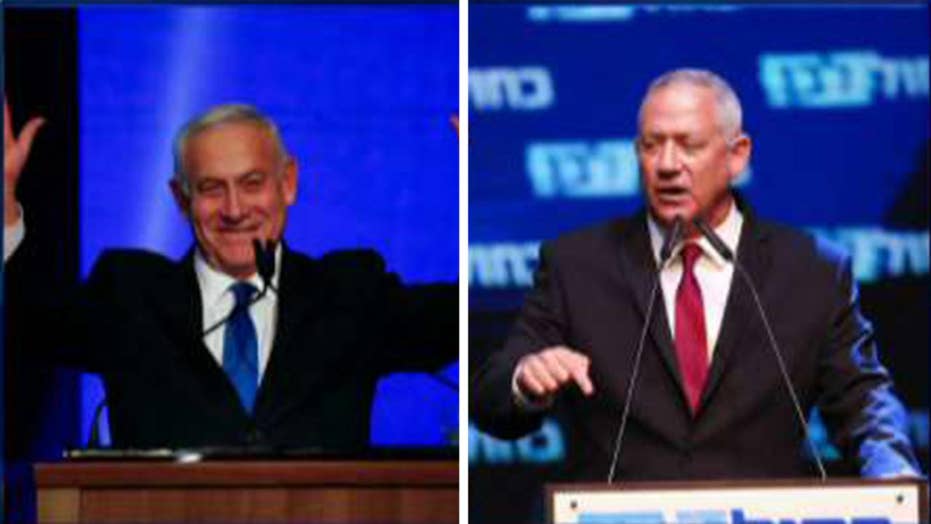 The Arab bloc in Israel’s parliament broke with tradition and recommended Blue and White party leader Benny Gantz for prime minister on Sunday, paving the way for the centrist party to get the first chance to assemble a coalition instead of incumbent Benjamin Netanyahu’s conservative Likud party.

The historic endorsement highlighted the first day of President Reuven Rivlin’s crucial consultations with party leaders in Israel. Israel’s president has been meeting with all the parliamentary factions before choosing his candidate for prime minister, the person he'd think would be most likely to form a coalition successfully, after a deadlocked repeat election made forming any new government a daunting task.

During last week’s unpreceded second election in a year, neither of the top candidates appeared to secure the support of a majority of 61 members of the 120-seat parliament, with Gantz’s party winning 33 seats and Netanyahu’s securing 31 seats. Neither could assemble a parliamentary majority with its traditional smaller allies.

During last week’s unpreceded second election within a year, neither Gantz, right, nor Netanyahu appeared to secure the support of a majority of 61 members of the 120-seat parliament. (Getty, File)

The Arab-led bloc known as the Joint List came out of Tuesday’s election as the third-largest party with 13 seats.

The decision of the Joint List on Sunday to endorse Gantz marked the first time Arab parties have endorsed a mainstream Zionist politician since 1992, when they recommended Labor Party leader Yitzhak Rabin, who campaigned on peace with the Palestinians, The Times of Israel reported.

Members of the Joint List, from left to right, Osama Saadi, Ayman Odeh, Ahmad Tibi and Mansour Abbas in Jerusalem on Sunday.  (Menahem Kahana/Pool via AP)

“We have seen the most difficult election since 1948 in terms of the incitement against Israel’s Arab citizens,” Joint List leader Ayman Odeh reportedly told Rivlin when he declared his party’s recommendation. “We have been turned into a group that is not legitimate in Israeli politics. If we are being pushed out, we will take our rightful place. For us, the most important thing is to remove Benjamin Netanyahu from power.”

He added, “So we will recommend Benny Gantz to form the next government.”

Maverick politician Avigdor Liberman, the head of the mid-sized Yisrael Beitenu party, is considered the key power broker, with the eight seats his party captured. Last week’s elections took place because Netanyahu was unable to form a coalition without Liberman's support after the election five months earlier.

The former Netanyahu ally-turned-rival refrained from endorsing either candidate during his party’s consultations with the Israeli president on Sunday, so with the support from the Arab parties, Gantz anticipated he’ll have 57 backers to Netanyahu’s 55.

However, later Sunday, Liberman tweeted in Hebrew that Gantz called him in the evening, requested that the two leaders meet and scheduled the meeting for Monday afternoon in Tel Aviv.

Complicating the situation, Gantz has refused to sit with Netanyahu, the longest-serving leader in Israeli history, because Netanyahu has faced a likely indictment on corruption charges. Netanyahu’s pre-indictment hearing is scheduled in two weeks, after which he could face charges of bribery, breach of trust and fraud in three separate cases. 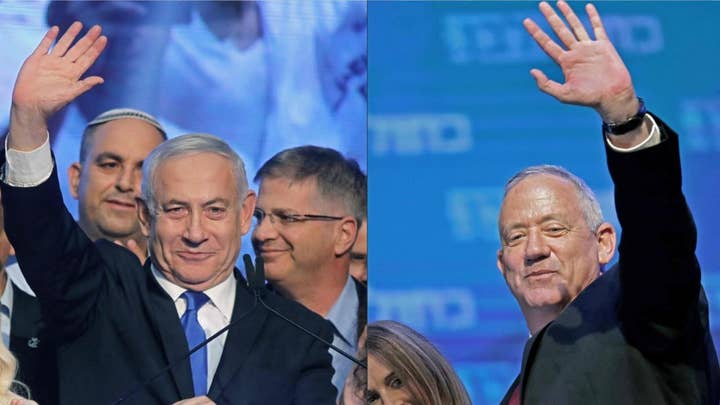 The Arab-led parties have never sat in an Israeli government and Odeh said he’s planning to become an opposition leader in the likely case of a unity government.

“Benny Gantz is not our cup of tea,” Arab lawmaker Ahmad Tibi said. “We have criticism of him from here ’til tomorrow.”

Tibi added, “But we promised our constituents that we would do everything to topple Netanyahu and the default here is recommending Benny Gantz."

The senior Arab Israeli lawmaker also reportedly said Sunday that the results of Israel’s election also marked a blow to President Trump, who had stood strong with the leader of more than a decade.

“The result is a slap in the face not [just] of Netanyahu but also President Trump, who supports all the racism, all the atrocities and is preparing the most anti-Palestinian plan that has even been presented by the U.S.,” The Times of Israel reported Tibi said.

The Trump administration had said a Middle East peace plan would be released after the election.

Even though the Arab-led bloc is expected to stay out of Gantz’s future potential government, the endorsement highlighted a growing desire of Israel’s large Arab minority to take a more active role in shaping the country.

In an op-ed piece in the New York Times published on Sunday, titled, “We are Ending Netanyahu’s Grip on Israel,” Odeh argued that his move should end Netanyahu’s political career and provide a turning point for Israel’s Arab minority.

“If the center-left parties of Israel believe that Arab Palestinian citizens have a place in this country, they must accept that we have a place in its politics,” Odeh wrote.

Netanyahu condemned the Joint List’s endorsement of his rival for prime minister in a video statement on Sunday.

In the video, posted on his Facebook page, Netanyahu said, “Citizens of Israel, this happened just as we had warned: the Arab Joint List recommended Benny Gantz for prime minister.”

“I know what the answer is and so do you. And therefore I will do everything I can to form a broad national unity government,” Netanyahu said in the video. “There is no other solution.”

Rivlin has until Oct. 2 to task a lawmaker with forming a government. The president typically has appointed the candidate with the greatest number of supporters, but not necessarily. Given the unprecedented nature of this election and the tricky arithmetic involved, Rivlin would have wide discretion at his disposal in making his choice.

When opening his series of meetings on Sunday, Rivlin didn’t indicate which way he was leaning, but said he believed the people of Israel were yearning for a “stable” government.

Rivlin’s pick will have up to six weeks to assemble a government and if that person fails, the president can appoint another candidate, who will get up to four weeks, officials have said. If that person were to be unsuccessful, new elections would be triggered once again.

Rivlin has said he will do everything possible to avoid an unprecedented third election within a year.