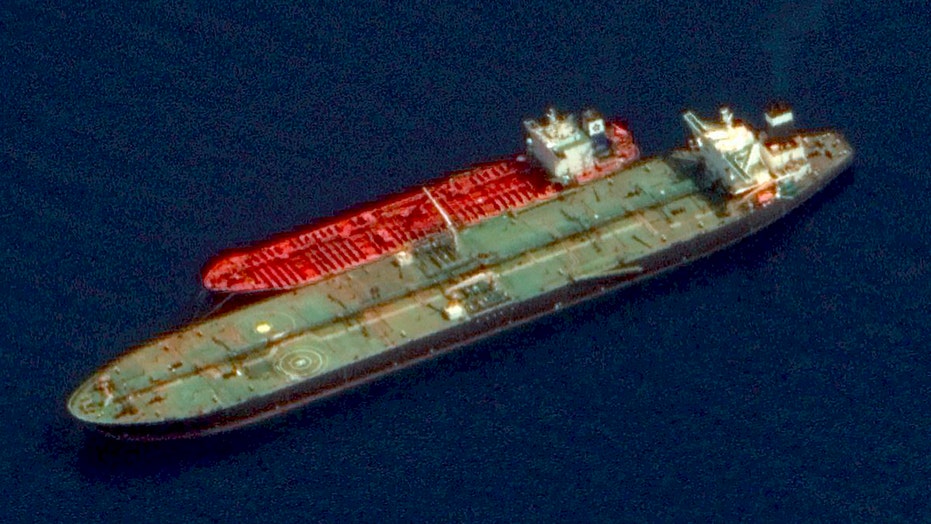 An Iranian oil tanker detained in July over suspicions it was violating European Union sanctions by transporting oil to Syria has been pictured off the coast again, sparking concerns that the ship could be transferring cargo.

Satellite images released Thursday showed Iran’s Adrian Darya 1, formerly named the Grace 1, pictured the previous day alongside a smaller vessel, the Jasmine. The two ships can be seen tethered together by mooring lines while a crane is deployed on the starboard side of the tanker.

The scene and location of the ships have indicated that the tanker could be preparing to transfer its crude oil.

The Adrian Darya 1 was detained off the British overseas territory of Gibraltar in July while carrying $130 million in crude oil, on suspicion of breaking European Union sanctions by taking the oil to Syria. Gibraltar later released the tanker, after it said Iran promised the ship wouldn't go to Syria.

But the vessel made its way toward the Syrian coast still.

The oil shipment website TankerTrackers.com said on Twitter on Tuesday that the Adrian Darya 1 was “postured in an STS (Ship-to-Ship) formation with a smaller Iranian-flagged Handymax (350K barrel capacity) tanker,” the Jasmine. It noted this was “not a confirmation of any oil transfer just yet. We'll compare imagery later.” The image the website posted showed the two vessels off the coast of Syria.

However, the website said on Wednesday it was ending its public coverage of the Iranian tanker’s movements due to a tweet by U.S. Secretary of State Mike Pompeo, who used the image of the two tankers in a tweet of his own.

Pompeo tweeted that despite Foreign Minister Mohammad Javad “Zarif’s promise to the UK that the #AdrianDarya1 would not deliver oil to Syria, it is now transferring oil off the Syrian coast. Will the world hold Iran accountable if this oil is delivered to Syria?”

Iran has not commented on the images.