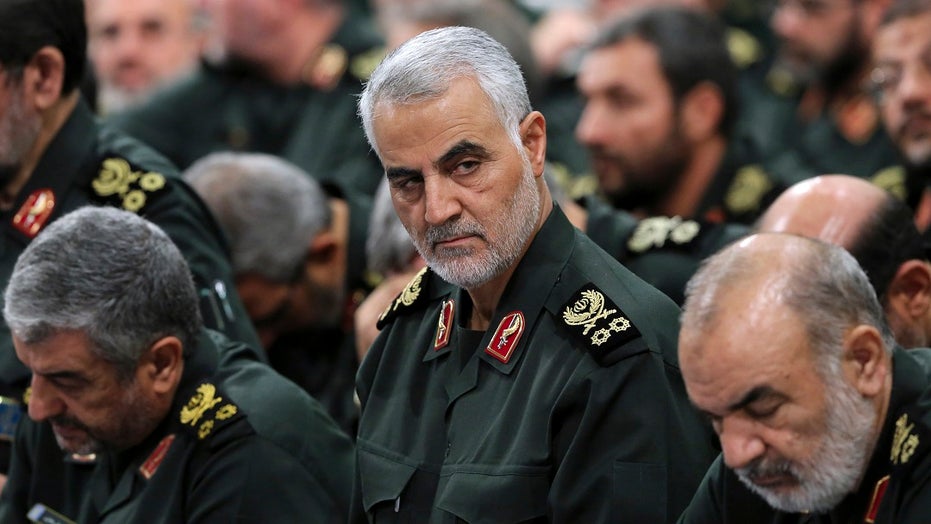 The U.S. took out Soleimani because it says he is responsible for the deaths of hundreds of U.S. forces and was in the process of plotting the deaths of many more.

Officials lowered the general’s remains into the ground just before 6 a.m. on Wednesday in his hometown of Kerman. Mourners at the grave site wailed.

U.S. officials say 15 missiles were fired in retaliation for his death. Ten missiles hit Al-Assad Air Base, one missile hit a military base in Erbil and four missiles failed to hit their targets, according to a U.S. military spokesman for Central Command, responsible for American forces in the Middle East. The attacks unfolded in two waves, about an hour apart.

"We do not seek escalation or war, but will defend ourselves against any aggression," he tweeted.

No U.S. casualties have been reported. President Trump said Tuesday night a full assessment of the damages was still underway, but “so far, so good!”

During the funeral for Soleimani on Tuesday, at least 56 were crushed to death when a stampede erupted in Kerman, and another 200 injured. The cause of the stampede was unknown.

A separate funeral procession in the capital of Tehran drew more than 1 million people.

It quoted Ali Shamkhani, the secretary of Iran’s Supreme National Security Council, as saying that even the weakest among them would be a “historic nightmare” for the U.S. But he declined to give any details.

“If the U.S. troops do not leave our region voluntarily and upright, we will do something to carry their bodies horizontally out," Shamkhani said.