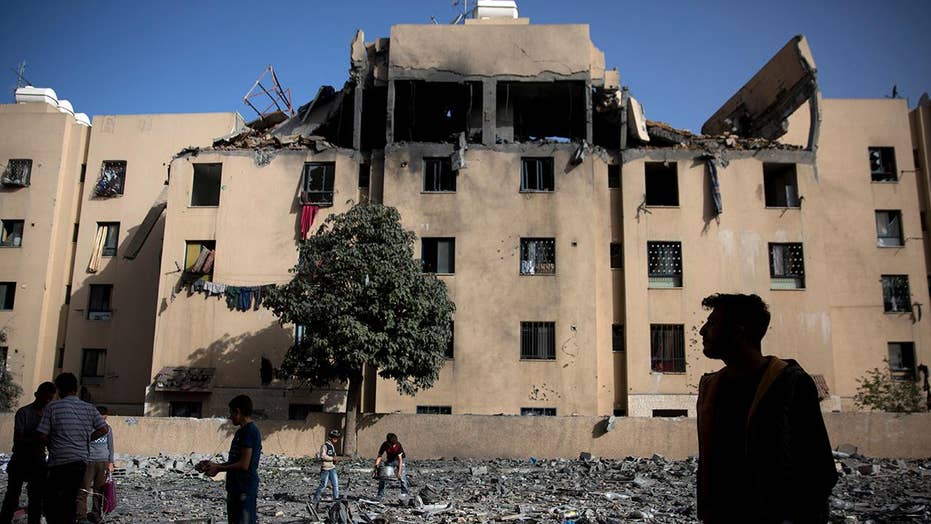 Truce follows two days of intense fighting, marking one of the deadliest escalations between the two sides since the 2014 war; Jeff Paul reports from the Israel-Gaza border.

ISRAEL-GAZA BORDER -- After a heavily violent weekend, Monday was the first day many did not hear sirens, see streams from rockets in the sky or the destruction from airstrikes.

The region near the Israel-Gaza Border is slowly getting back to normal after the most intense escalation since the 2014 war.

But the damages from the latest violent exchange is devastating on both sides.

During the two days of intense fighting between Israel and Gaza, Israel says nearly 700 rockets were fired from Gaza. Many of the most threatening ones were intercepted by the Iron Dome.

But some rockets slipped past the defense system, striking several neighborhoods and killing four people.

DR. MARC SIEGEL AND YONAT FRILING: THE FULL TOLL OF THE GAZA CONFLICT

Despite agreeing to a ceasefire early Monday, Israeli Prime Minister Benjamin Netanyahu is already preparing for what could be next.

"It's not the end of the battle, therefore, I ordered to be ready for the continuation and leave the artillery and armored forces around the Gaza Strip," said Netanyahu.

DAVID JEREMIAH: AMERICA'S FUTURE DEPENDS ON OUR RELATIONSHIP WITH ISRAEL

"Our message was delivered in this round and we are ready for the next confrontation," the group said.

Islamic Jihad, a militant group active in Gaza, said Israel needs to stick to the commitments of the past.

Observers believe that unless Gazans feel real changes in their quality of life, this cease fire, like others before, will not last.

Jeff Paul is a West Coast correspondent for FOX News Channel (FNC). He joined the network in March of 2018 and is based in the Los Angeles bureau.