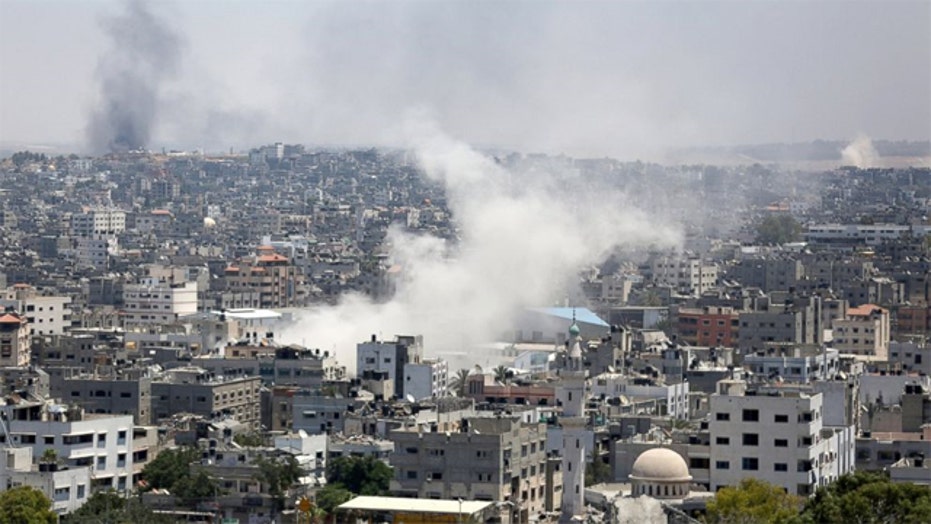 Ceasefire appears to be holding

Haifa, Israel – On Monday afternoon, August 4, day 27 of the latest war between Israel and Hamas in Gaza, the Israel Defense Forces confirmed to FoxNews.com that it has carried out 4,712 air strikes on strategic targets in the Gaza Strip. According to Hamas figures there have been around 1,800 fatalities in the enclave, “mostly women and children.”

Israel, mainly due to its Iron Dome missile defense system, has sustained 66 casualties, only three being civilian.

You do the math.

If, as its most vociferous opponents charge, Israel is committing war crimes in its bombardment of Gaza, a bombardment that comes in response to more than 10,000 rockets fired indiscriminately into Israel over recent years – and more than 3,300 in the last 27 days alone -- how come the death toll in Gaza averages less than 1 person for close to each three targeted Israeli strikes into what is, by common consent, one of the most heavily populated urban areas on the globe?

Does that smack of random bombing? Does it reflect a lack of morality? Or does it reflect, as Colonel Richard Kemp, former commander of British forces in Afghanistan has stated time and again during this and previous Israel-Gaza conflicts, that “Israel is the one country in the Western world today that is standing up for its morality and for its values against the onslaught of international jihad.”

There has been scant questioning by the international media and by governments around the world of the figures on the dead given by Hamas. There has been very little attention paid to whether or not Hamas’ assertion that most of the dead are women and children is correct.

Previous conflicts involving Hamas have shown them to be more than a little economical with the truth where figures are concerned. Hamas’ policy of embedding itself in heavily populated areas, its firing missiles from or close to schools, hospitals, and mosques, appears to be cynically designed to draw maximum casualties.

The 4,712 Israeli airstrikes that have reportedly decimated Hamas' terror infrastructure, had they been carried out by any other force, would likely have caused the death of many tens if not hundreds of thousands of people.

In Syria and Iraq thousands of innocents are dying every week, mostly out of the view of the international media. Muslims killed at the hands of other Muslims, or Muslims killing Christians, executed by Qatari and Saudi Arabian-sponsored jihadists for refusing to convert to Islam. The international outcry, relative to that on the Hamas-Israel conflict, is minimal.

“They want the children of Gaza to die. This is what gives them Arab and Islamic world sympathy, and this is what will condemn Israel internationally. This is their game and they’re happy about it.”

Yousef has bravely spoken out against his family’s deeply ingrained doctrine and Hamas’ terrorist raison d’etre.

The convert to Christianity’s life is constantly at risk as he attempts to show a world broadly indifferent to Hamas’ macabre tactics, just what is going on, and why -- even allowing for stray Israeli shells that have occasionally, tragically, hit the wrong targets -- Israel has, in Yousef’s words, “No choice but to defend itself.”

“The only way, I believe, to fight an organization like Hamas” Yousef explains, “is to unmask them by exposing their ideology; what they stand for. Hamas is not a political party. It’s not even a Palestinian organization. Hamas hijacked the so-called ‘Palestinian cause’ and infiltrated the society to push their religious ideological agenda.”

Hamas is sponsored, funded, armed, and given technical support and guidance primarily by Qatar, Iran, and Turkey.

In fear of losing world sympathy, Hamas never refers to the number of its terrorists that have been killed.

It won’t allow the international media to show pictures of its hundreds of dead fighters; Israeli sources suggest that as many as 800 of the dead are terrorists.

If Hamas did let the media see a truer picture of Gazan casualties, the chances are that open-minded people would soon figure out for themselves that a very significant proportion of the dead are terrorists, something that would clearly suggest Israel has indeed been selective in its choice of targets.

While for most decent people the preservation of human life is paramount, Hamas has indoctrinated its children from as soon as they can speak to believe that death and rewards in heaven are to be prized above all else.

Speaking on Hamas’ Al Aqsa TV only last week, Hamas Chief of Staff, Muhammad Deif crowed, “Today you [Israelis] are fighting divine soldiers, who love death for Allah like you love life, and who compete among themselves for martyrdom like you flee from death. We love death like our enemies love life!”

But despite the figures that appear to back up Israel’s assertion that its army is doing all it can to minimize civilian losses, the masses of air strikes it has aborted at the last second because the potential collateral damage (innocent civilian count) would be too high, and the fact that it has uncovered a dizzying network of terror tunnels dug from Gaza into Israel that had been prepared for use in a mass terror attacks on Israeli soil, some observers feel that Israel has been tried and summarily found guilty by a majority of the mass media without all the relevant evidence having been duly considered.

“The starting point for so much of the world’s media, opinion-makers, political leaders, NGOs, human rights groups, will always be that whatever Israel does is wrong… You see images of dead babies, dead boys on the beach, women screaming about their children, and no reality can overcome those images. It’s understandable in a way, because it is heart-wrenching… the problem is that there’s no reference, no open-mindedness to the fact that the only reason that these children have been killed is because of Hamas’ aggression towards Israel.”