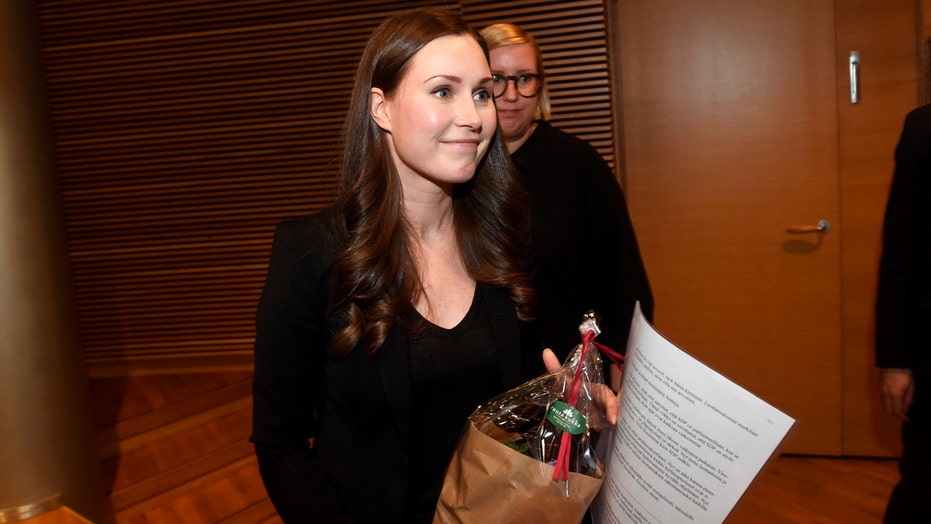 The woman set to become Finland's next prime minister will break the mold not just for becoming the country's third female in the top role, but also the world's youngest leader.

Marin, who currently serves as the country's transport and communications minister, will be sworn in this week.

A lawmaker since 2015, the 34-year-old will head a center-left coalition of five parties.  All of her four coalition partners are led by women — four of whom are in their 30s.

Talking to reporters on Sunday, the 34-year-old brushed aside questions about her age, the BBC reported.

"I have never thought about my age or gender," she said. "I think of the reasons I got into politics and those things for which we have won the trust of the electorate."

Like New Zealand Prime Minister Jacinda Ardern — another government leader who is younger than 40 — Marin is a new mother, having given birth to her daughter Emma last year. Raised by a single mother, she has told a Finnish broadcaster how she felt discriminated against when her mother was in a relationship with another woman.

Lawmakers are likely to approve the appointment of Marin and her government this week so she can represent Finland at the Dec. 12-13 EU leaders’ summit in Brussels. Finland holds the European Union's rotating presidency until the end of the year.

Rinne, the incumbent prime minister whom Marin is replacing, plans to stay on as the Social Democrats' chairman until a party congress next summer.

Rinne stepped down last week after a key coalition partner, the Center Party, withdrew its support, citing lack of trust. The Center Party also criticized Rinne's leadership skills prior to a two-week strike by the country’s state-owned postal service in November that spread to other industries.

Rinne's resignation prompted the formal resignation of the coalition of the Social Democrats and the Center Party and three junior partners: the Greens, the Left Alliance and the Swedish People's Party of Finland.

A number of strikes are still taking place in the country, and resolving them will be one of Marin's first priorities. She said on Sunday she was ready to get to work

"We have a lot of work to do to rebuild trust," she said.

On Sunday, Social Democrats and the four other coalition parties said they are committed to the government program agreed upon after the April election and will continue in Marin's new government. The new government will still have a comfortable majority of 117 seats at the 200-seat Eduskunta, or Parliament.

Marin will be Finland's third female government leader. Women have been present in politics in the Nordic region for decades and today represent half of the party leaders in Sweden. Four of Denmark's nine parties are headed by women.

Mette Frederiksen became Denmark's prime minister in June, while Erna Solberg has been Norway's head of government since 2013.

Iceland's Vigdis Finnbogadottir was the first woman to be democratically elected as head of state by voters when she defeated three men for the presidency in 1980.