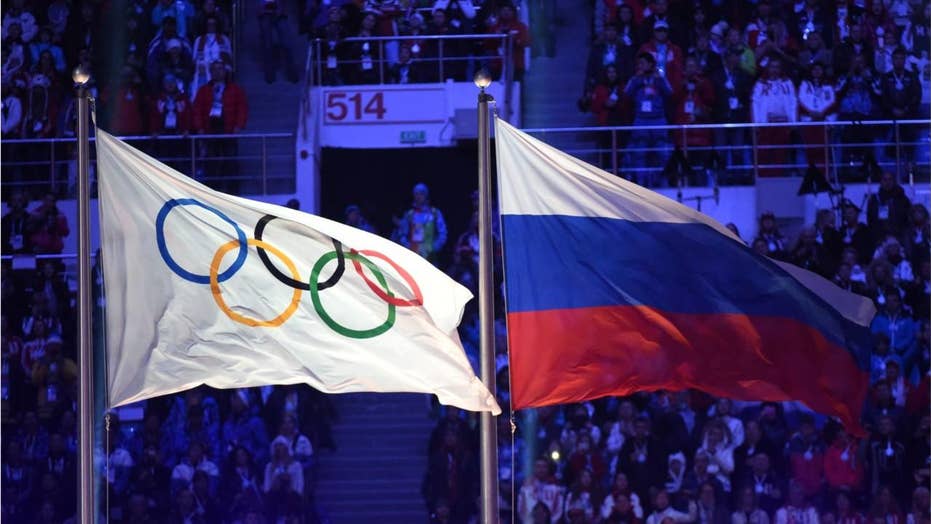 Russian athletes have been banned from the 2020 Tokyo Olympics and other major sporting events because of drug test tampering. The World Anti-Doping Agency placed the sanctions on the country after Russian authorities tampered with a Moscow laboratory database.

Russia also risks being stripped of its hosting duties for world championships in Olympic sports after the World Anti-Doping Agency executive committee approved a full slate of recommended sanctions as punishment for state authorities tampering with a Moscow laboratory database.

Russian athletes will be allowed to compete in major events only if they are not implicated in positive doping tests or if their data was not manipulated, according to the WADA ruling.

Still, it is unclear how the ruling will affect Russian teams taking part in world championships such as soccer's World Cup.

Russia's anti-doping agency can appeal the decision to the Court of Arbitration for Sport within 21 days.

Legal fallout from the WADA ruling seems sure to dominate preparations for the Tokyo Olympics, which open on July 24.

Alexander Zubkov of Russia carries the national flag as he leads the team during the opening ceremony of the 2014 Winter Olympics in Sochi, Russia. Model Irina Shayk, left, is seen carrying the Russian placard. (AP)

“Flagrant manipulation” of the Moscow lab data was “an insult to the sporting movement worldwide,” the IOC said last month.

“I’m not happy with the decision we made today. But this is as far as we could go," said Linda Helleland, a Norwegian lawmaker who serves on WADA executive committee and has long pushed for a tougher line against Russia. “This is the biggest sports scandal the world has ever seen. I would expect now a full admission from the Russians and for them to apologize on all the pain all the athletes and sports fans have experienced.”

Handing over a clean database to WADA was a key requirement for Russia to help bring closure to a scandal that has tainted the Olympics over the last decade.

Although the IOC has called for the strongest possible sanctions, it wants those sanctions directed at Russian state authorities rather than athletes or Olympic officials.

An employee walks into the building of the Russia's national drug-testing laboratory in Moscow, Russia, on May 24, 2016. (AP)

That position was opposed by most of WADA’s athlete commission. It wanted the kind of blanket ban Russia avoided for the 2016 Rio de Janeiro Olympics and the 2018 Pyeongchang Winter Games after a state-run doping program was exposed by media and WADA investigations after Russia hosted the 2014 Olympics in Sochi.

“This entire fiasco created by Russia has cheated far too many athletes of their dreams and rightful careers, for far too long,” the WADA athlete panel said in a statement ahead of the meeting.

Russia previously signaled it would appeal the ruling. That must be filed by the Russian anti-doping agency, known as RUSADA. That body was declared non-compliant on Monday, 15 months after it was reinstated by WADA in defiance of athlete opposition.

The decision to appeal has been stripped from RUSADA Chief Executive Yuri Ganus, an independent figure criticizing Russian authorities’ conduct on the doping data issue. Authority was passed to the agency’s supervisory board after an intervention led by the Russian Olympic Committee.

The ROC on Saturday labeled the expected sanctions as “illogical and inappropriate.”

Russia has stuck to its claim that deceptive edits in the data were in fact made by WADA’s star witness, Grigory Rodchenkov. The former Moscow lab director’s flight into the witness protection program in the United States was the subject of an Oscar-winning documentary.

Technical reasons were claimed — and debunked by WADA investigators — for why the data appeared to have been edited shortly before the delayed handover in January.