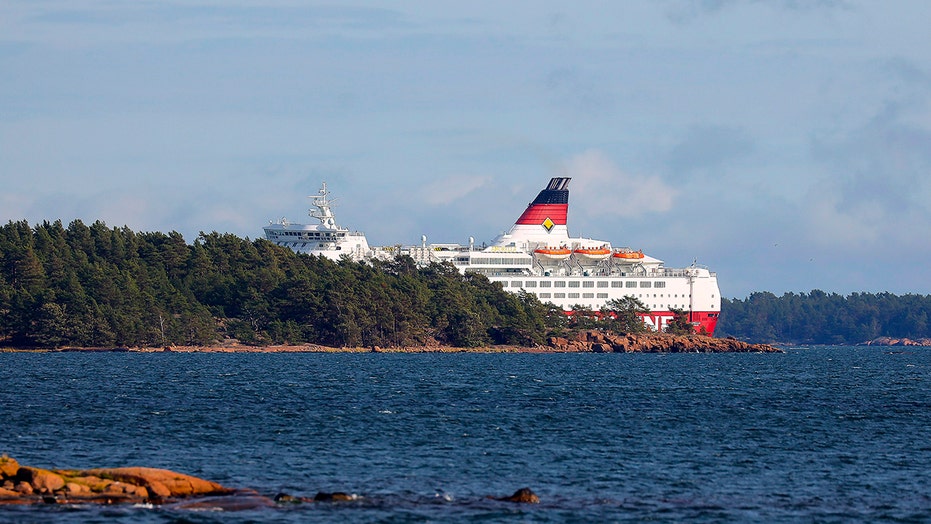 HELSINKI — A Baltic Sea passenger ferry with nearly 300 people aboard has run aground in the Aland Islands archipelago between Finland and Sweden without injuries Sunday, and rescue officials were preparing to evacuate the vessel, Finnish authorities said.

The Finnish coast guard tweeted that the M/S Amorella operated by ferry company Viking Line between the Finnish western port city of Turku and Swedish capital Stockholm is currently “stuck on the ground” south of the port of Langnas in the Aland Islands.

Viking Line's cruise ship M/S Amorella is seen near the Aland islands, seen from Finland, Sunday, Sept. 20, 2020. Finnish authorities say a Baltic Sea passenger ferry with nearly 300 people has run aground in the Aland Islands archipelago between Finland and Sweden without injuries. (Niclas Norlund/Lehtikuva via AP)

“There are no reported human casualties,” Viking Line said in a short statement adding that the situation with the vessel was “stable." It added that the vessel has around 200 passengers and a crew of 80 aboard.

The coast guard got alerted of the incident just before 1 p.m. Finnish time. Authorities were investigating why the ferry ran aground.

The Aland Islands, an autonomous Finnish territory, are midway between the two port cities and M/S Amorella was set to make a scheduled stop there en route to Stockholm.