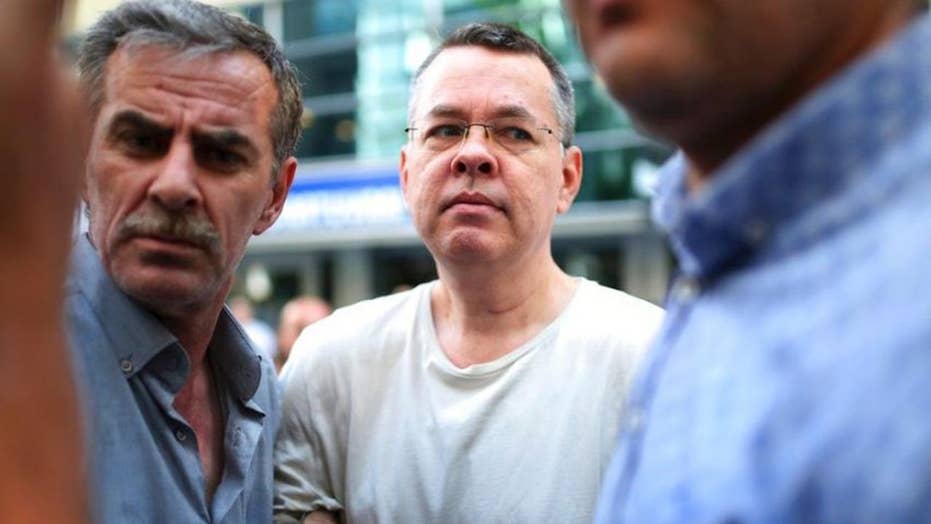 Rich Edson reports on the escalating tensions over the detention of Pastor Andrew Brunson.

Turkish authorities on Monday responded to a drive-by shooting at the U.S. Embassy in Ankara amid increased tensions between the two countries over the detained American pastor, Reuters reported.

There were no injuries, but a window in a security cabin was reportedly hit. The shooting occurred at about 5 a.m. local time.

The report said the embassy was set to be closed this week for Eid al-Adha celebrations.

The Turkish government agreed to drop terrorism charges against the pastor in exchange of the U.S. government dropping fines totaling billions of dollars against the bank.

“A real NATO ally wouldn’t have arrested Brunson in the first place,” the official told the Journal.