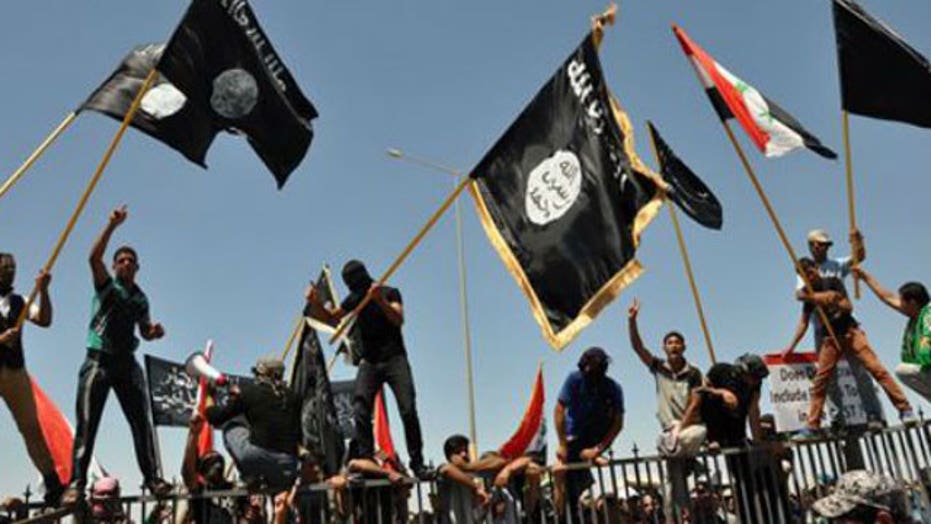 The fate of a Japanese journalist and Jordanian military pilot held by the Islamic State terror group remains unclear as the sun set in Iraq, marking the passage of a new deadline for a possible swap involving a female Iraqi prisoner.

A spokesman said Thursday that Jordan's government has demanded proof of life of the Jordanian pilot before moving ahead with any swap to bring about his release.

The militants have purportedly threatened to kill the pilot, Lt. Muath al-Kaseasbeh, by sunset unless Jordan frees an Iraqi would-be suicide bomber from death row and delivers her to the Turkish border.

"We requested proof that Kaseasbeh is alive but we haven't received such proof, and we insist on this,” Minister of State for Media Affairs and government spokesman, Mohammed Al Momani, told Petra.

Al Momani reaffirmed Jordan’s readiness to release Sajida al-Rishawi -- who was involved in the deadly Amman hotel bombings a decade ago – for al-Kaseasbeh.

Al Momani said Thursday afternoon that al-Rishawi is still in Jordan, raising doubts that the sunset deadline would be met.

An ISIS-sympathetic account is reporting that they are waiting for an official statement from the Islamic State group, also known as ISIS.  A counterterrorism source told Fox News Thursday afternoon that there is anticipation on jihadi forums of news soon.

A new message posted online late Wednesday, read in English by a voice likely that of hostage Kenji Goto, according to the Japanese government, was released after Jordan offered to hand over the Al Qaeda-linked would-be suicide bomber to the Islamic State group in exchange for al-Kaseasbeh.

"I am Kenji Goto. This is a voice message I've been told to send to you. If Sajida al-Rishawi is not ready for exchange for my life at the Turkish border by Thursday sunset 29th of January Mosul (Iraq) time, the Jordanian pilot Muath al-Kasaesbeh will be killed immediately," the voice on the recording says. The recording did not specify what Goto's fate would be if al-Rishawi was not released. Sunset in Mosul, Iraq, is estimated to occur at 5:30 p.m. local time Thursday (9:30 a.m. ET).

Al-Rishawi has close family ties to the Iraqi branch of the Al Qaeda terror network that became the forerunner of ISIS. She has never explained why she strapped an explosives belt to her waist and, along with her husband, who also wore a bomb, walked into the luxury Radisson hotel in the Jordanian capital of Amman on Nov. 9, 2005. Her husband set off his bomb, ripping through a wedding party with 300 guests in the ballroom, but al-Rishawi's explosives failed to go off.

The bombing was one of three near-simultaneous attacks on Amman hotels on that day and killed 60 people in Jordan's worst ever terror attack. The Iraq branch of Al Qaeda claimed responsibility.

The latest recording was distributed via Islamic State-affiliated Twitter accounts and could not be immediately verified. The Japanese government said Thursday that it was studying the latest message, but did not immediately confirm its authenticity.

"We think there is a high probability that this is Mr. Goto's voice," government spokesman Yoshihide Suga said. He added that the government was in close communications and "deeply trusts" Jordan’s government. He said Japan was doing its utmost to free Goto, working with nations in the region, including Turkey, Jordan and Israel.

Efforts to free al-Kaseasbeh and Goto gained urgency after a purported online ultimatum claimed Tuesday that ISIS would kill both hostages within 24 hours if Jordan did not free al-Rishawi.

Japan has scrambled to deal with the crisis that began last week with the release of a video by ISIS showing Goto and another Japanese hostage, Haruna Yukawa, kneeling in orange jumpsuits between a masked man who threatened to kill them within 72 hours unless Japan paid a $200 million ransom.

That demand has since shifted to one for the release of al-Rishawi. The militants reportedly have killed Yukawa, 42, although that has not been confirmed.

Goto was captured in October in Syria, apparently while trying to rescue Yukawa, who was taken hostage last summer.

Releasing the would-be hotel bomber linked to Al Qaeda would breach Jordan's usual hardline approach to the extremists and set a precedent for negotiating with them.

It would also be a coup for ISIS, which has already overrun large parts of neighboring Syria and Iraq. Jordan is part of a U.S.-led military alliance that has carried out airstrikes against the extremist group in Syria and Iraq in recent months.

ISIS has not publicly demanded prisoner releases before and Jordan's main ally, the United States, opposes negotiations with extremists.

Jordanian King Abdullah II faces growing domestic pressure to bring the pilot home. The pilot's father said he met on Wednesday with Jordan's king, who he said assured him that "everything will be fine."

"Public opinion in Jordan is putting huge pressure on the government to negotiate with the Islamic State group," said Marwan Shehadeh, a scholar with ties to ultra-conservative Islamic groups in Jordan. "If the government doesn't make a serious effort to release him, the morale of the entire military will deteriorate and the public will lose trust in the political regime."

The 26-year-old pilot, al-Kaseasbeh, was seized after his Jordanian F-16 crashed in December near the ISIS de facto capital of Raqqa in Syria. He is the first foreign military pilot the militants have captured since the coalition began its airstrikes in August.

Previous captives may have been freed in exchange for ransom, although the governments involved have refused to confirm any payments were made.

ISIS broke with Al Qaeda's central leadership in 2013 and has clashed with its Syrian branch, but it reveres the global terror network's former Iraqi affiliate, which battled U.S. forces and claimed the 2005 Amman attack.