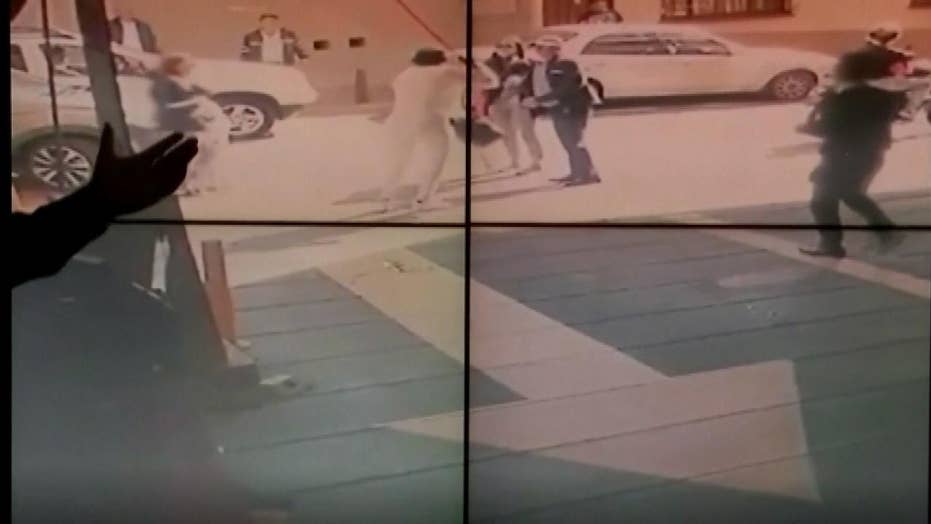 Raw video: A former Colombian lawmaker escapes prison by climbing down a rope and jumping onto the back of a motorbike.

A former politician in Colombia who was jailed for buying votes and later executed a brazen jailbreak during a dental appointment was captured Monday in Venezuela after several months on the run.

Aida Merlano, 43, was arrested in the Venezuelan city of Maracaibo in the northwestern state of Zulia “after arduous investigations,” Miguel Domínguez, who heads Venezuela's Special Action Force (FAES), announced on Instagram.

The former senator was serving a 15-year sentence for buying votes in the 2018 parliamentary election, and for possession of an illegal firearm at the time of her brazen escape last October from an orthodontist practice in the Colombian capital city of Bogota.

Merlano was arrested in the El Milagro area of Maracaibo, Zulia, Dominguez said. She was found with another undocumented Colombian citizen, who was also arrested. (Miguel Domínguez / Instagram)

A prison guard had escorted Merlano to the appointment, but was given the slip when the doctor suggested the guard wait outside in the waiting room.

Video footage from the Colombian National Penitentiary and Prison Institute shows rope hanging from the building as Merlano climbs down and gets on a waiting motorcycle as she is handed a helmet.

Aida Merlano made a daring escape during a dental appointment last October. (REUTERS)

The escape appeared to be an embarrassment for the nation’s prison system, with local media reporting shortly after that General William Ruiz was fired as director of the Colombian National Penitentiary and Prison Institute.

Domínguez posted a photo of Merlano following her capture. He said the fugitive former lawmaker, who entered the country illegally, would be handed over to the Venezuelan prosecutor’s office.

It was unclear whether Merlano would be extradited back to Colombia amid tense relations between the two countries.