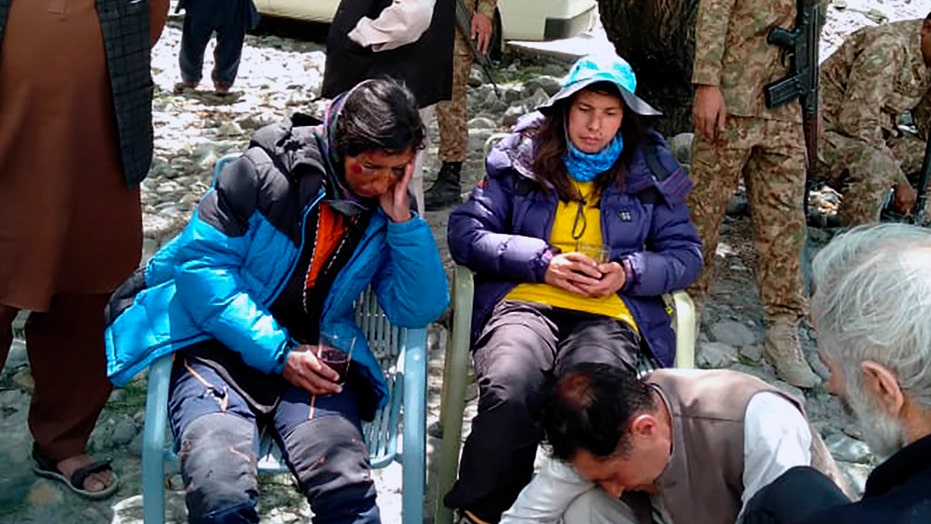 One climber is dead and six others were rescued Tuesday morning after an avalanche struck the group, leaving them stranded at more than 17,000 feet.

The team, consisting of four Italians and three Pakistanis, were descending a peak in the Ishkoman Valley, located in the northern district of Ghizar, when an avalanche was triggered. The group was at an altitude of approximately 17,390 feet when they were hit.

Head of Pakistan’s Alpine Club Karrar Haidri told The Associated Press that a Pakistani army helicopter was used to reach the stranded climbers on Tuesday and that six of the team members were rescued in what he called a “complicated but successful rescue operation.”

Haidri also said that another climber, a Pakistani national, was killed as a result of the accident. The six surviving members were taken to a hospital were they are being treated for non-life threatening injuries.

One of the Italian team members, expedition leader Tarcisio Bello, said he believes a “glacier collapsed” triggering the avalanche.

Mountaineers from across the world travel to Pakistan every year to try scaling its northern mountains. Harsh weather and conditions often prove a test for the most experienced of climbers.

Earlier this year, two European climbers were killed during bad winter weather on Nanga Parbat, which is the world's ninth-tallest mountain at 26,660 feet.