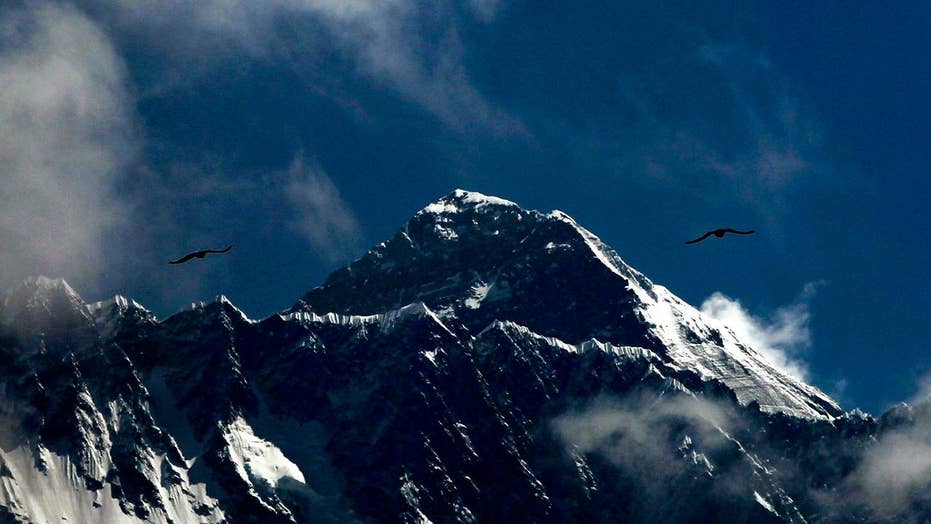 This year has been especially deadly for hikers on Mount Everest, with 11 people dying on the dangerous summit thus far.

Expert mountaineer and speaker Alan Arnette, who has climbed Everest four times, said that a number of factors have led to overcrowding, which has caused a surge in deaths in 2019.

During a Wednesday morning interview on "Fox & Friends,", Arnette argued that this isn't the first time overcrowding has become an issue on the world's tallest mountain, but there are some societal and environmental changes this year in particular that have prompted hiking traffic, shown in a now-viral photo of hikers lining up to reach the iconic summit.

"This year was a little bit of an anomaly but it wasn't unheard of," Arnette said. "The key factor this year was a limited number of days where the wind was low enough to be able to summit that contributed to the crowds," he continued.

Nepal issued 381 summit permits this year, according to Arnette, and required that any foreign visitors be accompanied by a Sherpa to guide them on the treacherous mountain.

"That meant there were close to 800 people trying to go up in what last year was 11 straight days of suitable weather, and this year was only three," he continued. 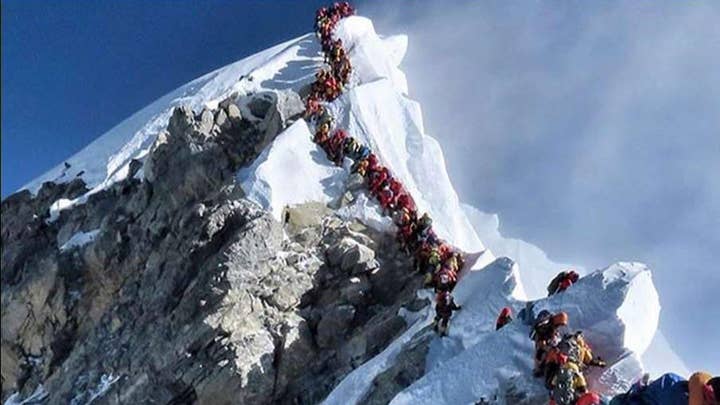 In addition to a limited number of days suitable for the summit, there have also been an influx of visitors paying high fees to have experienced guides take them up the mountain, leading to a number of less experienced climbers on Everest who take more time, thus extending the period that they stay in the "death zone."

"Many of those people simply didn't have the skills to navigate that steep terrain so they slowed down," Arnette said. "What we ended up having was instead of being a 12-hour summit day we had 20-hour summit days that contributed to at least four of the 11 deaths."

"It's called the death zone for a reason," he continued.

"Your body is slowly degrading. You are on supplemental oxygen, which only makes a 3,000-foot difference. You still are feeling like your body is at 26,000 feet, and the body just wasn't designed for that. The longer you are there, the odds go up that something bad is going to happen," he said.