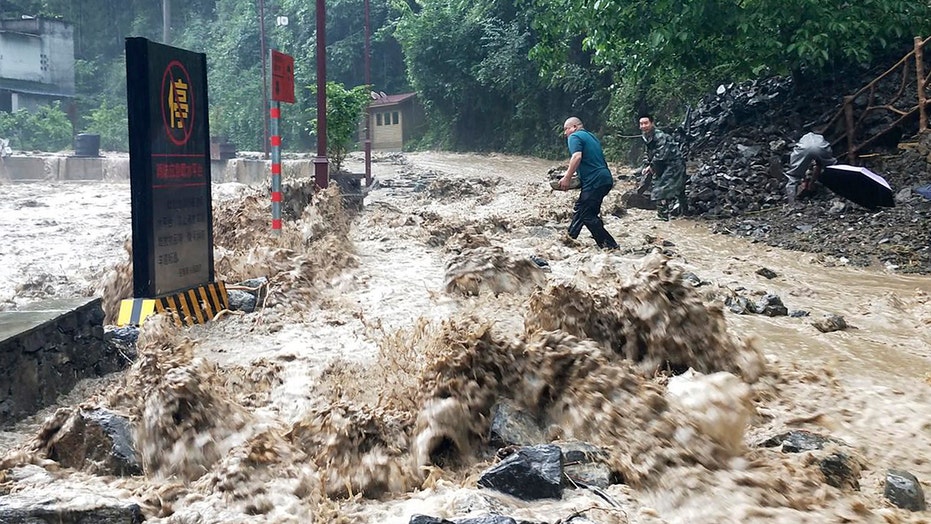 Five more people have died in China after rainstorms spawned major flooding that's caused destruction throughout the southern region of the country.

Authorities in Zunyi city, located south of Chongqing, said Saturday that five people had died and eight others were missing after storms that began late Thursday night.

Government officials said at least 13,000 people had been evacuated, with more than 2,000 homes damaged by the floodwaters in the city.

In Guizhou Province, authorities said Saturday that 700,000 people have been affecting by the flooding, including 29,500 people who have been forced to evacuate.

In this photo released by Xinhua News Agency, government workers try to stem a breach in a dike from floodwater in Wuxi County, southwest China's Chongqing municipality, June 12, 2020. (Deng Aihua/Xinhua via AP)

Some 6 inches of rain fell in one hour in Zunyi on Friday, according to state media.

Government officials said multiple sections of roads and three bridges were destroyed in the city in Guizhou province.

In this June 7, 2020, photo released by Xinhua News Agency, facilities at a tourism site are toppled in the aftermath of a flood after heavy downpour in Yangshuo of Guilin, south China's Guangxi Zhuang Autonomous Region. (Lu Boan/Xinhua via AP)