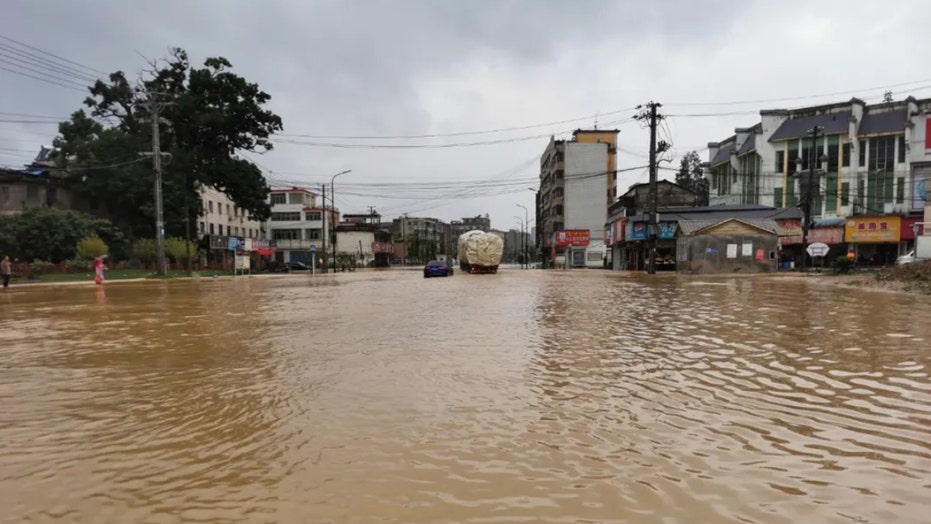 BEIJING – Authorities say at least seven people have died in flooding in central China, with more heavy rain forecast for the region in coming days.

The strong rain began falling in Hunan province over the weekend, washing away roads and forcing residents to seek refuge in upper stories of houses.

China’s national observatory on Tuesday said more rain is expected across a wide swath of central and southern China.

In Guangdong province along the southeast coast, more than 20,000 people were forced to seek shelter, with local government offices providing hundreds of tents along with bottled water and clothes in the worst-hit areas of Zhaoqing and Qingyuan.

Paramilitary police helped with evacuations and the reinforcement of dams. Dozens of rivers have already reached warning levels or risen above them in recent days.