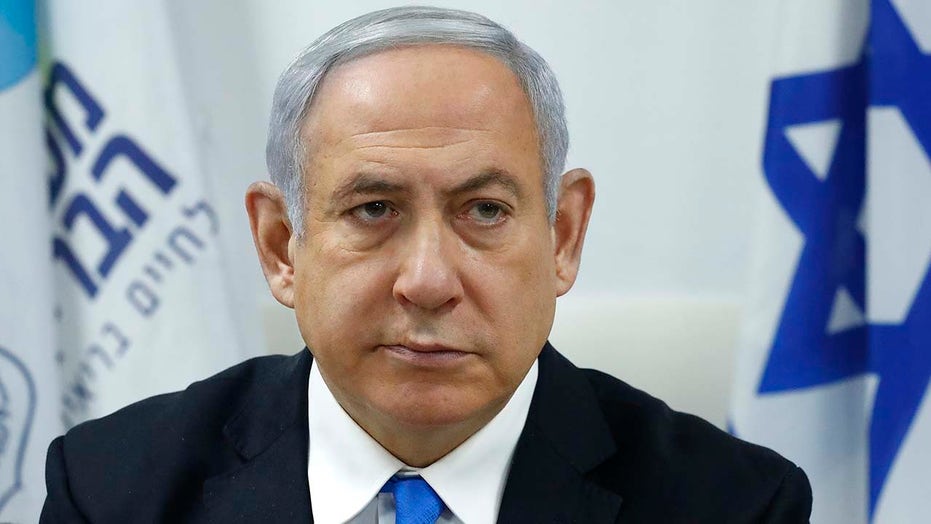 Exit polls show Benjamin Netanyahu has edge in Israeli election, unclear if he can clinch majority

Israeli Prime Minister Benjamin Netanyahu of the Likud party is trying to hold off his main opponent Benny Gantz.

Israel’s Prime Minister Benjamin Netanyahu's trial for three corruption cases will begin on Sunday,  more than two months after Israel's unprecedented third election in less than a year, which ended inconclusively and led to the formation of a unity government. Netanyahu is the first sitting Israeli prime minister to go on trial.

What are the charges?

Netanyahu has been charged with fraud, breach of trust and accepting bribes in three different controversies.

The allegations against him included suspicions that he accepted hundreds of thousands of dollars in champagne and cigars from billionaire friends, offered to trade favors with a newspaper publisher and used his influence to help a wealthy telecom magnate in exchange for favorable coverage on a popular news site.

When was Netanyahu formally charged?

After a three-year investigation, Netanyahu, who has served as prime minister for 11 years, was indicted in November.

“A day in which the attorney general decides to serve an indictment against a seated prime minister for serious crimes of corrupt governance is a heavy and sad day, for the Israeli public and for me personally," Israel’s attorney general Avichai Mandelblit told reporters after Netanyahu was formally charged.

Netanyahu, in response, said the indictment stemmed from “false accusations” and a systematically “tainted investigation.” He claimed to be the victim of a witch hunt involving political rivals, the media, police and prosecutors, all pressuring a “weak” attorney general, The Times of Israel reported.

Mandelblit rejected suggestions that the indictment was politically motivated, saying it was a “heavy-hearted decision” based solely on professional considerations.

Did the COVID-19 outbreak impact the trial?

Netanyahu’s trial was supposed to begin in March, but was delayed when his justice minister closed most of the court system because of the coronavirus outbreak.

Israel’s new government was sworn in on May 17 following three national elections in under a year, which all ended inconclusively with neither Netanyahu, nor his rival Benny Gantz, in control of a required parliamentary majority.

Given the coronavirus outbreak and the desire to avoid yet another election, Gantz dropped his opposition to sitting in a government with the indicted Netanyahu. Under their power-sharing deal, the two will rotate the prime minister’s job during the next three years — with Netanyahu in the role for the first 18 months.

According to the agreement, Gantz and Netanyahu control an equal number of government ministries and parliamentary committees and essentially hold veto power over most key decisions.

Does Netanyahu have to step down as prime minister given he has been indicted?

Netanyahu is not legally required to resign while under indictment.

The unity government created a new position of “alternate prime minister,” which like the premier is not required to resign under indictment. This position would allow Netanyahu to stay in office throughout a trial and potential appeals process that could last several years.

On Wednesday, an Israeli court ordered Netanyahu to appear for the opening of his criminal trial in Jerusalem on Sunday.

His attorneys had asked the court for an exemption from appearing at the arraignment, arguing that Netanyahu’s presence was “not essential” given he had “read this indictment several times already.” They also argued that his bodyguards’ presence would violate Health Ministry social distancing requirements during the coronavirus pandemic.

The court rejected the request, saying that Netanyahu “must, like all other accused, appear and give his statement before the court.”

The trial will take place in Jerusalem District Court where evidence will be presented before a three-judge panel.

Judge Rivka Friedman-Feldman will be heading the panel, which will also include Judges Moshe Bar-Am and Oded Shaham, Haaretz reported, adding that the majority of the judges are known to be tough on corruption.

The newspaper noted that Arnon Mozes, the publisher of the Yedioth Ahronoth Israeli newspaper; Shaul Elovitch, the former owner of the Bezeq telecommunications company, and his wife Iris have also been charged in the cases.

The Jerusalem District Court noted that social distancing orders by the Health Ministry must be followed and, therefore, people in the courtroom will be required to wear face masks and sit more than 6 feet apart, The Times of Israel reported.