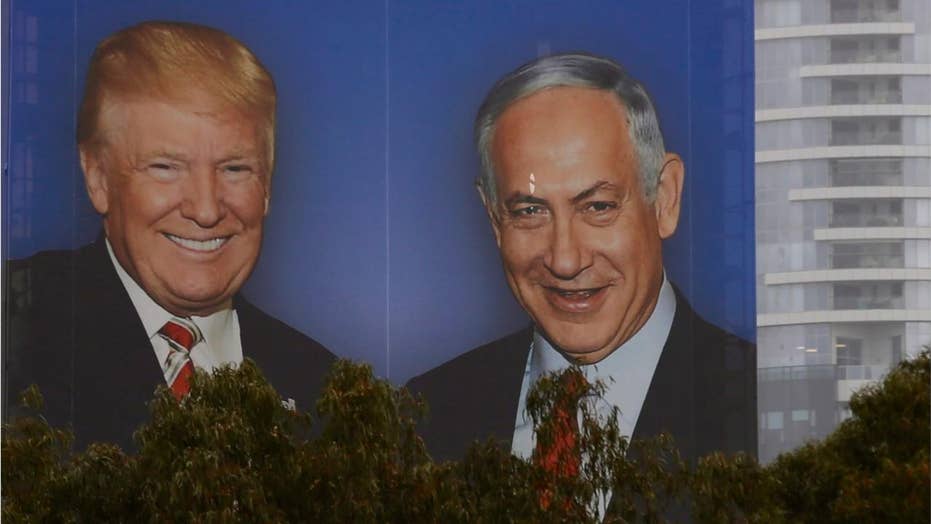 Israeli Prime Minister Benjamin Netanyahu will be indicted on corruption charges, the country's attorney general said Thursday, just weeks before the country goes to the polls.

Attorney General Avichai Mandelblit said the charges of one count of bribery and two counts of fraud and breach of trust relate to three different cases, and came after two years of investigation.

The indictments are subject to a hearing, and marks the first time in Israeli history that a sitting prime minister has been charged with a crime. Former Prime Minister Ehud Olmert served time in prison for corruption, but had already resigned by the time he was charged.

Netanyahu has denied any wrongdoing and calls the various allegations a media-orchestrated witch hunt aimed at removing him from office. He has vowed to carry on and is deadlocked in the polls ahead of national elections on April 9.

“The Left is on a hunting spree against me,” Netanyahu said Thursday, adding that the accusations are a political ploy because "they know they can't defeat me at the ballot."

Netanyahu vowed to fight the charges which he called a lie.

"They take the work that every spokesperson does and only in my case they make it into a criminal case," he said.

President Trump, with whom Netanyahu has forged a close friendship, offered the Israeli leader a boost ahead of Thursday's announcement.

“I just think he’s been a great prime minister and I don’t know about his difficulty but you tell me something people have been hearing about, but I don’t know about that,” he said in response to a question in Hanoi, where he was holding a summit with the leader of North Korea.

The most serious allegations against Netanyahu involve his relationship with Shaul Elovitch, the controlling shareholder of Israel’s telecom giant Bezeq. Police recommended an indictment in the case based on evidence collected that confidants of Netanyahu promoted regulatory changes worth hundreds of millions of dollars to Bezeq. In exchange, they believe Netanyahu used his connections with Elovitch to receive positive press coverage on Bezeq’s popular subsidiary news site Walla. Police have said their investigation concluded that Netanyahu and Elovitch engaged in a “bribe-based relationship.”

Police have previously recommended indicting Netanyahu on corruption charges in two other cases. One involves accepting gifts from billionaire friends, and the second revolves around alleged offers of advantageous legislation for a major newspaper in return for favorable coverage.

It is too early to tell what impact Mandelblit's decision will have on the upcoming election. The allegations could either galvanize Netanyahu’s hard-line supporters who see him as a victim of an overzealous prosecution or turn more moderate backers against him who are tired of his lengthy rule tainted by accusations of corruption.

Either way, the upcoming elections appear to be turning into a referendum on Netanyahu as he seeks to become the longest-serving prime minister in Israeli history. Netanyahu has held the post since 2009 and served a previous term between 1996 and 1999.

Alan Dershowitz, a prominent American lawyer and frequent Fox News guest, has come to Netanyahu’s defense. Dershowitz has warned that an indictment against the prime minister ahead of elections would undermine the democratic process.