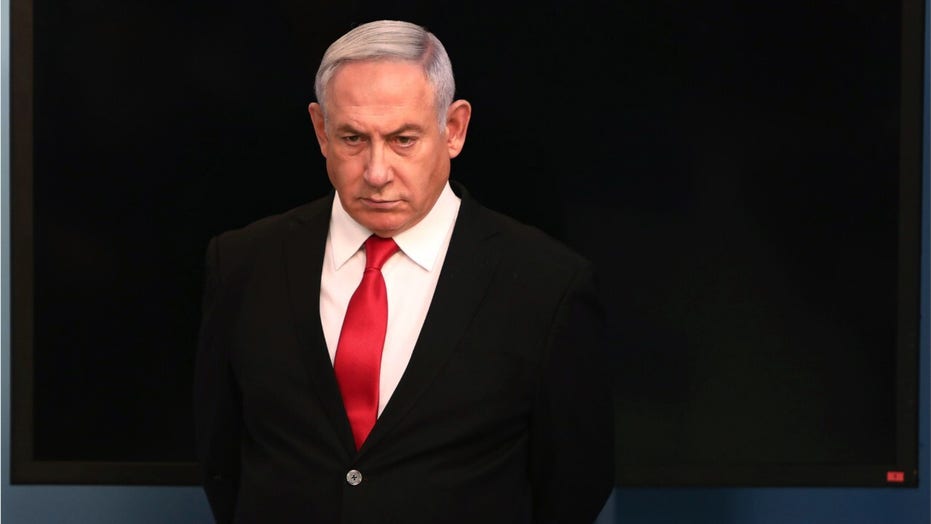 Netanyahu goes into quarantine after aide tests positive for coronavirus

Israeli Prime Minister Benjamin Netanyahu and his close advisors are going into quarantine after one of his aides tests positive for the coronavirus.

Israeli Prime Minister Benjamin Netanyahu will continue in his role after forging a deal with his chief rival to create an “emergency” coalition government, ending more than a year of political deadlock.

The deal averts what would have been a fourth consecutive election in just over a year as the country fights its coronavirus outbreak.

While the terms of the unity deal were not immediately clear, Israeli media reported that it called for a three-year period with Netanyahu serving as prime minister for the first half, and Benny Gantz taking the job for the second half.

"I promised the State of Israel a national emergency government that would work to save the lives and livelihoods of Israeli citizens," Netanyahu tweeted following the announcement. "I will continue to do everything for you, citizens of Israel."

Gantz tweeted: “We prevented a fourth election. We will protect democracy. We will battle corona and we will worry about all the citizens of Israel.”

After the third election on March 2 ended without a clear winner, Netanyahu and Gantz, a former military chief, agreed late last month to try to form a unity government to deal with the coronavirus outbreak.

However, both Netanyahu and Gantz faced heavy criticism while negotiating the deal.

Netanyahu, who has served as prime minister for more than a decade, was accused of using the coronavirus crisis to shield himself from prosecution against corruption charges.

Gantz was accused of abandoning his central campaign promises after he repeatedly vowed never to sit in a government with Netanyahu due to the alleged corruption. The impending deal fractured Gantz' Blue and White party.

“You don't fight corruption from within. If you're inside, you're part of it,” said Yair Lapid, Gantz's former political partner, who withdrew from the Blue and White alliance last month, according to the Associated Press.

Netanyahu is awaiting trial on charges of accepting bribes, breach of trust and fraud. He has denied any wrongdoing and portrays himself as a victim of a media and judicial witch hunt. Citing the coronavirus crisis, Netanyahu’s hand-picked justice minister has already delayed the trial by two months by shuttering most of the court system.

Israel has confirmed more than 13,000 cases of the coronavirus, with 172 deaths as of Monday. While the country has begun relaxing some of its health restrictions, hundreds of thousands are out of work and the economy has come to a standstill.