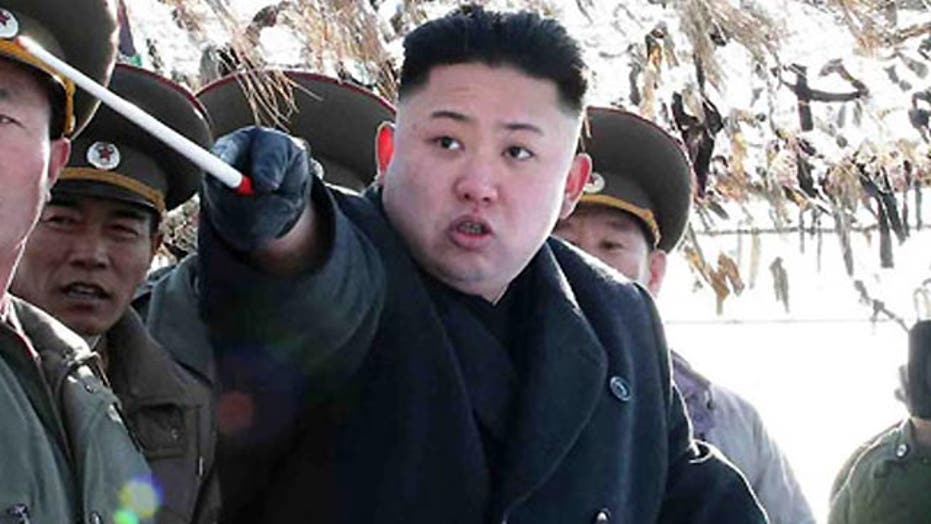 Are the chances for change in North Korea bleak?

An image of North Korean leader Kim Jong Un’s uncle being grabbed from a high-level meeting after being stripped of his official powers sends a chilling message across the hermit kingdom: No one is safe.

When Kim Jong Un took power after his father’s death, it was widely believed the young dictator would rely on his elders for advice – but that doesn’t seem to be the case. Furthermore, relations between Pyongyang and the U.S. have only gotten worse since Kim took power.

“He’s just as willing to go as high or higher on the threat scale to raise tensions on the peninsula,” said Klingner.

In an interview with Fox News’ KT McFarland, Klingner says history already shows that the U.S. shouldn’t have their hopes up for progress.

“I remember in 1994 when Kim Il-Sung died [founder of North Korea] and many people predicted Kim Jong-Il would be a bold economic reformer … and we’re seeing the same [optimism] with Kim Jong Un,” said Klingner. “Well that didn’t come about.”

Instability in North Korea has caused concern for the U.S. and regional powers, including China.

“I doubt China is happy with what North Korea has done in raising provocations because it really works against Chinese interests … they don’t want a crisis on their border, “ said Klingner.

He added, “it also leads the U.S. and South Korea and Japan to take military responses, which again goes against Chinese interests.”

Klingner says it’s unclear what the next move might be from North Korea.