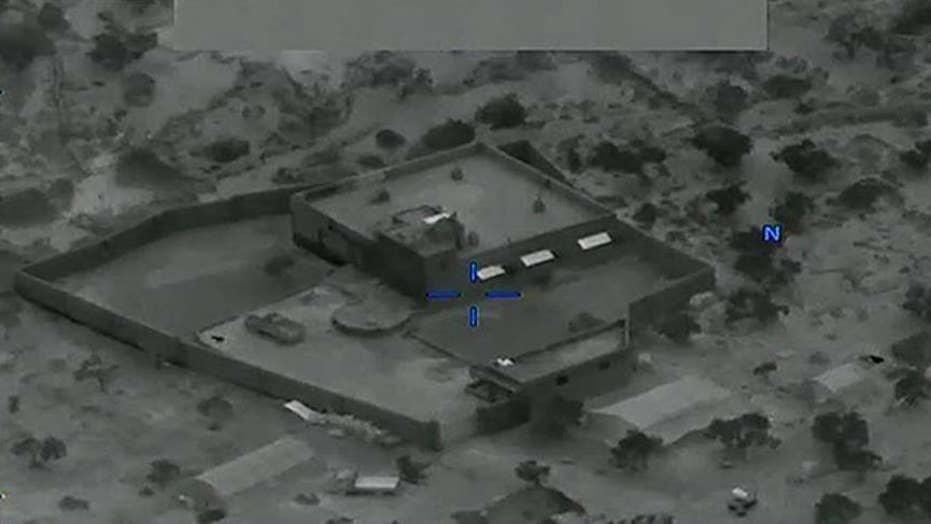 OIR used demolition material -- rather than the more common precision strike -- to destroy a 1,300-foot tunnel in Ninewah Province, which shares a border with northeastern Syria. The subterranean hideout was considered a long-term safe haven for Islamic State (ISIS) members, and it contained "bed down areas, a stove for cooking and electrical material for lighting," coalition officials said in a press release Saturday.

“There is an awareness to where Daesh is hiding,” OIR Commander and Air Force Maj. Gen. Eric Hill said, referring to ISIS by its Arabic acronym.

The announcement came one week after ISIS leader Abu Bakr al-Baghdadi killed himself by detonating an explosive vest during a raid by U.S. forces at a compound in northern Syria. The terror group since announced a new leader and has threatened to get revenge on the U.S.

Meanwhile, the French Air Force on Thursday bombed an ISIS weapons cache in Iraq and posted footage of the assault online.

Two other tunnel systems under an unoccupied village in Ninewah Province were also blown up, one by demolition material and the other by an F-35 airstrike, the coalition said.

OIR also conducted an Oct. 25 kinetic strike on an ISIS tunnel and cave system in the area.

The coalition said the tunnels contained "bed down locations" for terrorists and were believed to be a transit hub for the fighters.

ISIS regularly used tunnel systems in the mountains outside Mosul between 2014 and 2016, according to officials. The hideouts were never properly destroyed, and terrorists still use the underground systems to flee from the "relentless pressure" of coalition partners, Hill said.

"Denying Daesh safe haven removes their ability to hide and plan their future terrorist activities," OIR said in a statement.

The pressure from coalition forces, combined with the approaching rainy season, has led officials to believe the fighters will flee to the mountains for safety, according to the coalition.

“We think we’re effectively, through our partners, keeping them on the run, continuing to eliminate them, pursuing them wherever they go," Hill added.

The coalition is a combined joint task force of dozens of nations established by the U.S. Defense Department in 2014 that are committed to defeating ISIS in Iraq and Syria.