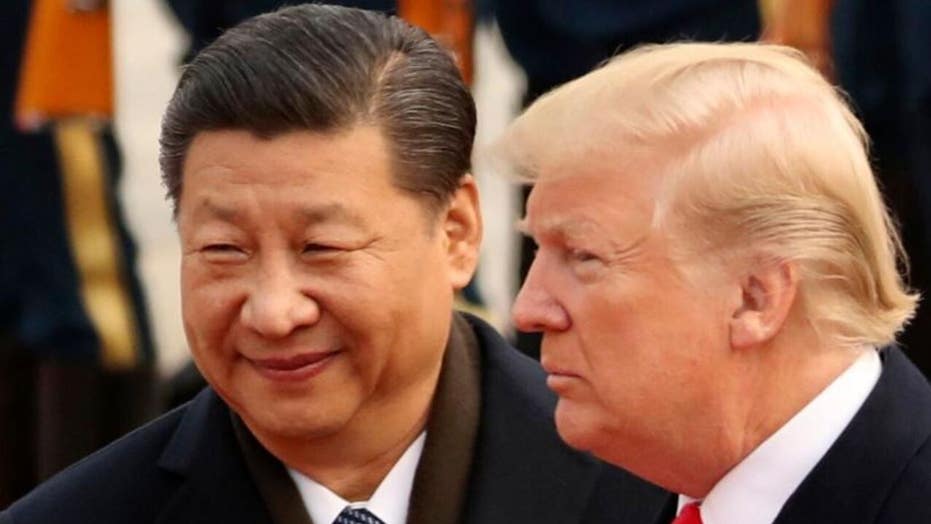 'Outnumbered': Is a 'special committee' to oversee China a good idea?

As the coronavirus began spreading around the world, many nations focused their attention on fighting the pandemic, largely ignoring non-virus-related developments outside its borders.

The report, released by the Congressional-Executive Commission on China (CECC), alleged that goods made in China’s Xinjiang Uyghur Autonomous Region (XUAR) under forced labor are making their way into Europe and the U.S.

According to the U.N., China in recent years has detained an estimated 1 million minority Uyghurs as part of a brutal crackdown on terrorism.

China has repeatedly denied the characterization of the camps as detention centers, framing them instead as vocational centers that provide job and language skills to help Uyghurs better assimilate into China.

The CECC’s report “Global Supply Chains, Forced Labor, and the Xinjiang Uyghur Autonomous Region” claimed that current and former detainees are being forced to work in food and textile production and other manufacturing.

“The risk of complicity in forced labor is high for any company importing goods directly from [Xinjiang] or those partnering with Chinese companies that operate in the region,” the CECC said. “The gross human rights abuses, including forced labor, being committed in the XUAR deserve a robust, concerted response from the U.S. Government and the international community. U.S. companies should not be complicit in the forced labor of Uyghurs, Kazakhs, Kyrgyz, Hui, and other Muslim minorities.”

The report listed major international corporations – including Americans ones – that were believed to be “directly employing forced labor or sourcing from suppliers that are suspected of using forced labor.”

Products supposedly being made by forced labor in XUAR include textiles, cell phones, food products, and shoes, amid other items.

Earlier this year, the Australian Strategic Policy Institute, a think tank, released a report that cited 83 “well-known global brands in the technology, clothing and automotive sectors” that have utilized the forced labor of some 80,000 Uyghurs in factories across China.

The reports said the companies listed may only be complicity involved through its association with suppliers in China. Many of the companies said they prohibit the use of forced labor, while others said they would conduct audits.

XUAR is a key hub for China's cotton products, accounting for nearly a quarter of the global cotton supply, according to a report by Center for Strategic and International Studies (CSIS). The United States imports more than 30 percent of its apparel from China, the report said.

"This is not something happening far away,"  Louisa Greve, director of Global Advocacy for the Uyghur Human Rights Project, told Fox News Thursday. "Americans should all be concerned that this horrific state-organized forced labor on a scale not seen since World War II is something they could all be complicit in. "